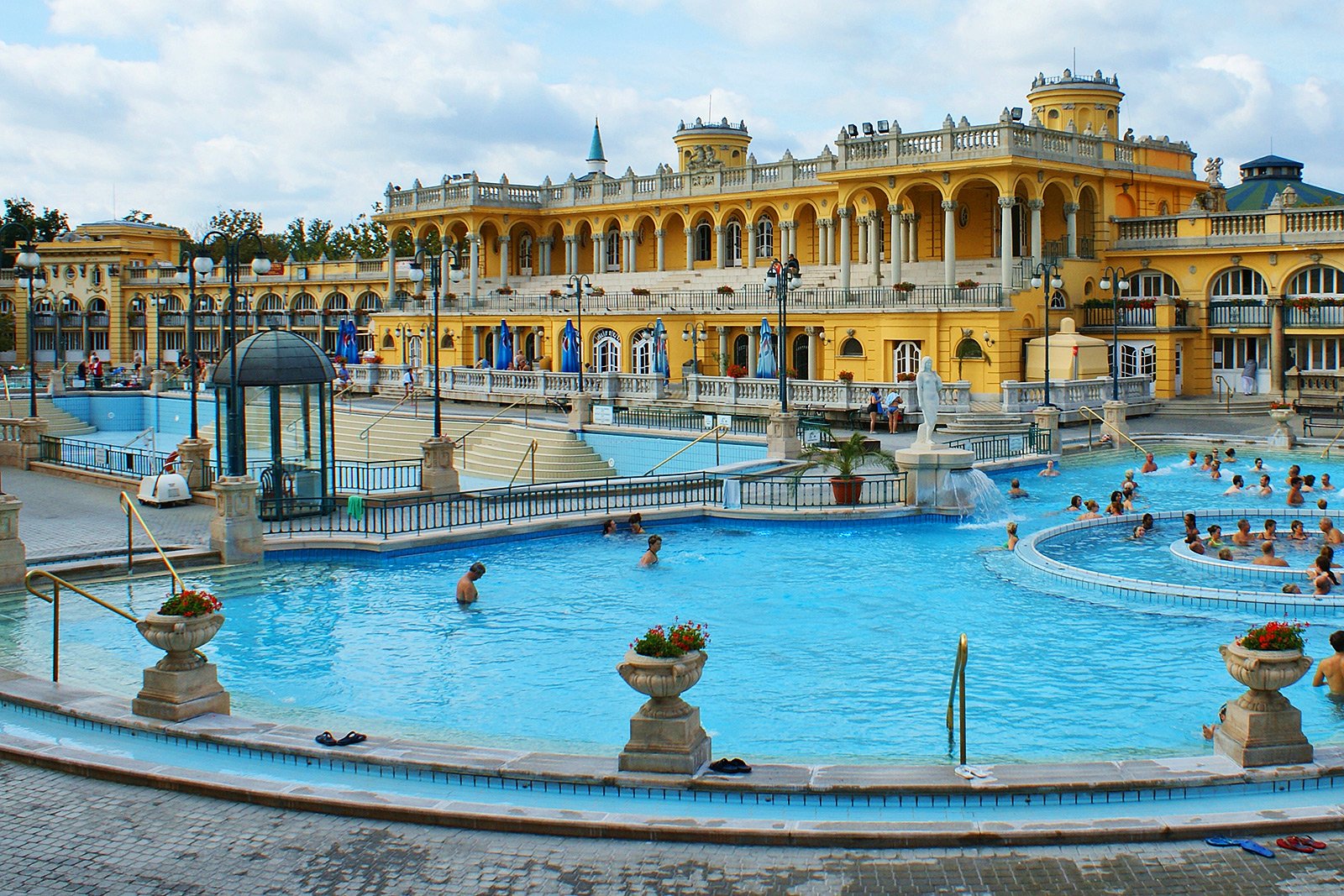 Széchenyi Thermal Bath (Széchenyi fürdő) is located in the main park of Budapest. You can reach it both on the subway, or walk through the park (at the same time you can visit the zoo).

On the territory of the Széchenyi Thermal Bath are 11 baths and 5 pools. There is a sauna, coffee shop, massage rooms. Everything is designed for the convenience of visitors and total relaxation.

Here is a lot of baths of different purposes. Salty and carbon dioxide, Turkish and Finnish, weight and contrast - you choose yourself where to go. The water in swimming pools is different temperatures, many people after a hot bath like to dive straight into cold water pool - very refreshing.

If you've spent in the pool a couple of hours, then you can return some of the money for the ticket.

Széchenyi Thermal Bath on the map