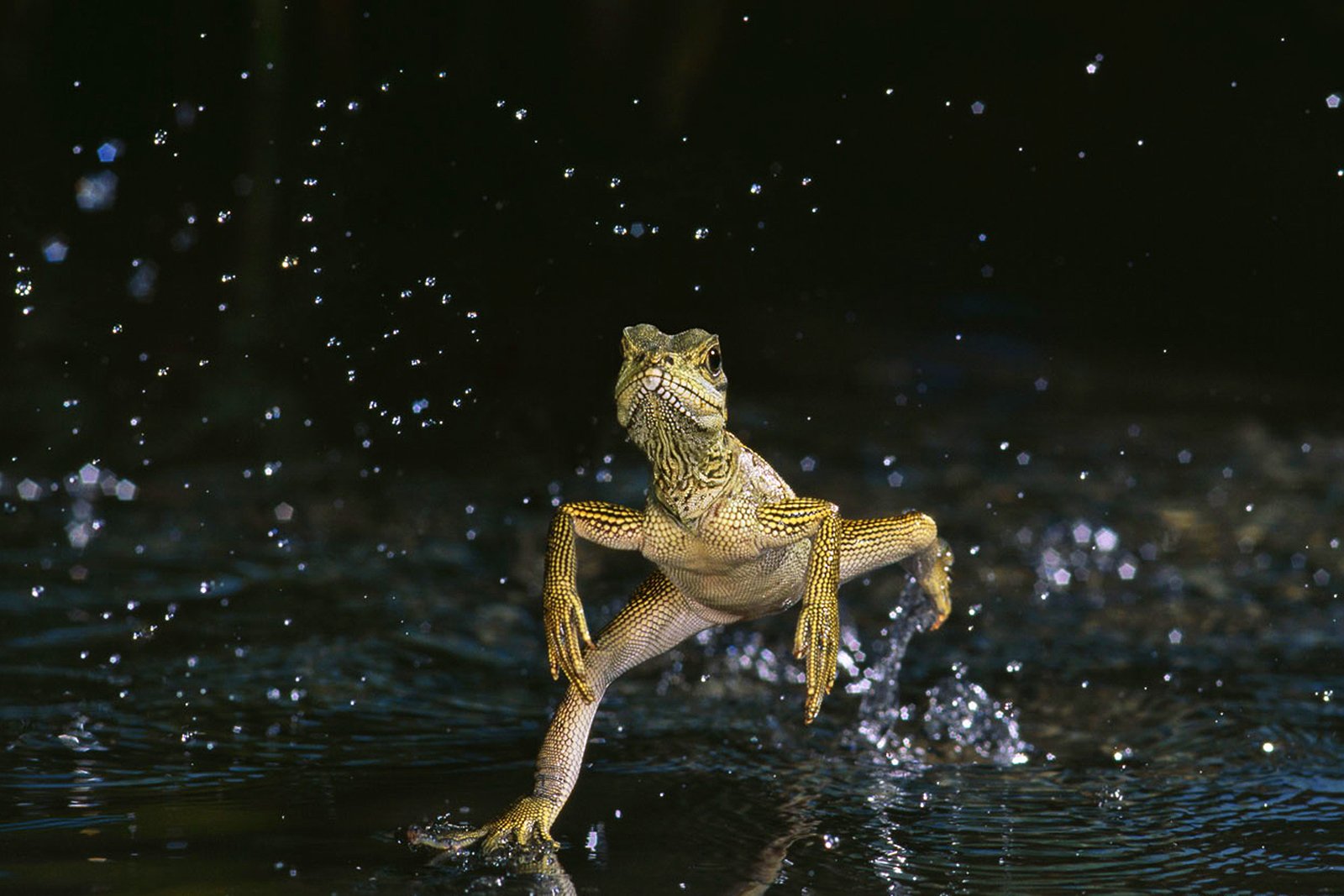 The large lake Nicaragua, which is famous primarily for freshwater sharks, is a place where a variety of fishes and reptiles live. If, while walking along the shore, you think that someone disappeared as suddenly as appeared — It wasn`t a delusion.

One of the inhabitants of the lake and the coastal territory is a green basilisk, which runs along the water at a speed of 11 km/h. It is also called Jesus lizard for the ability to stay on the surface of water for more than 1 second. How does it manage to run on the water? It very quickly moves its hind legs, pushing hard against the surface.

A large bright green lizard has a big crest that start on the head and ends at the tail. It reaches 60-80 cm, while two-thirds of the body is the tail. 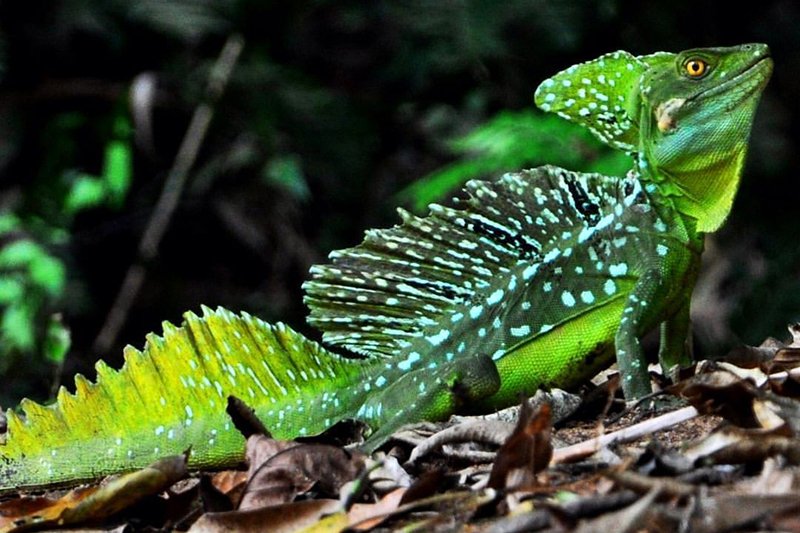 1. You can get to the lake through Granada. Go from the central Calzada street to the Mangos Alley and walk straight ahead to the turn near the monument to Emilio Benard Doude. Turn to the right. The travel time can be shortened to 3 minutes, if you go by car. 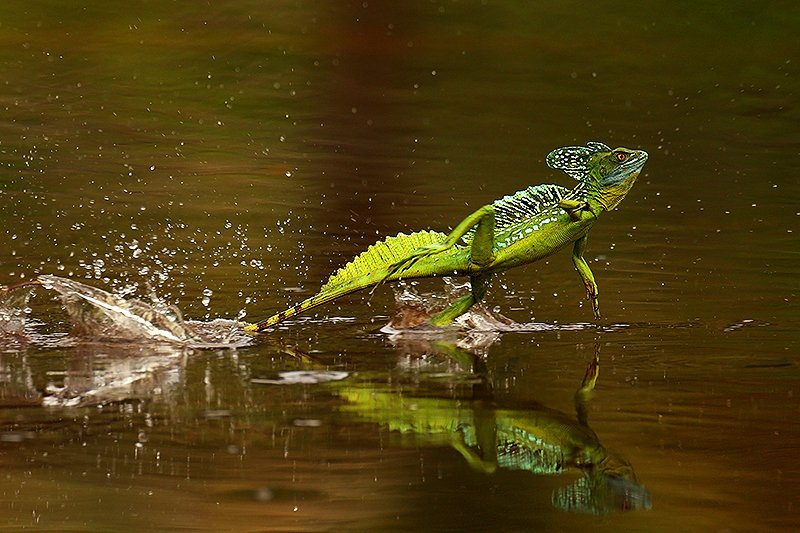 2. The green basilisk is found in the bushes in the coastal areas of Lake Nicaragua. It is not necessary to go into them. The lizard is nervous and fearful. It will hear you approaching, and immediately start to sprint. Do you dream to take a picture of it? Good luck. 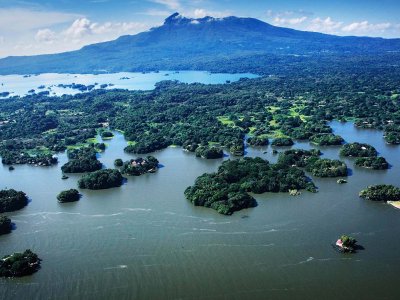 The biggest freshwater lake in Central America is considered to be a perfect place for thrill-seekers to experience extreme adventures.

More things to do in Granada 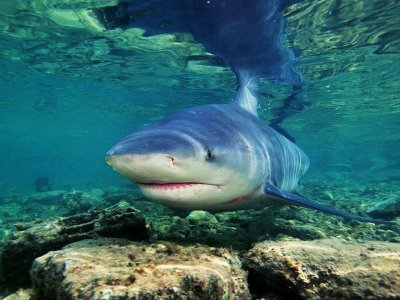 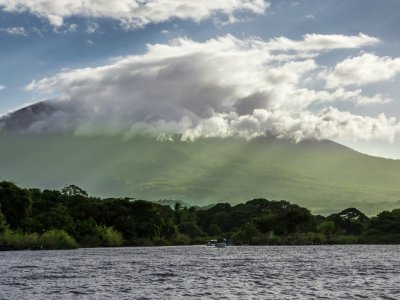 The volcano is known for its dense tropical forests wreathed with a misty haze. 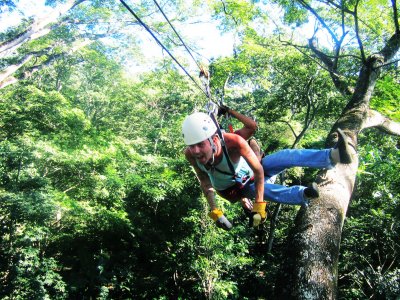 Fly over the tops of the rainforest right on the dormant volcano. There are 17 platforms on it, from which you can go down a zipline.