Up to 300-kilometer long tunnels with thousands dreadful people's skulls. Paris subterrane hides a lot of mystery. Will you dare to walk in here? 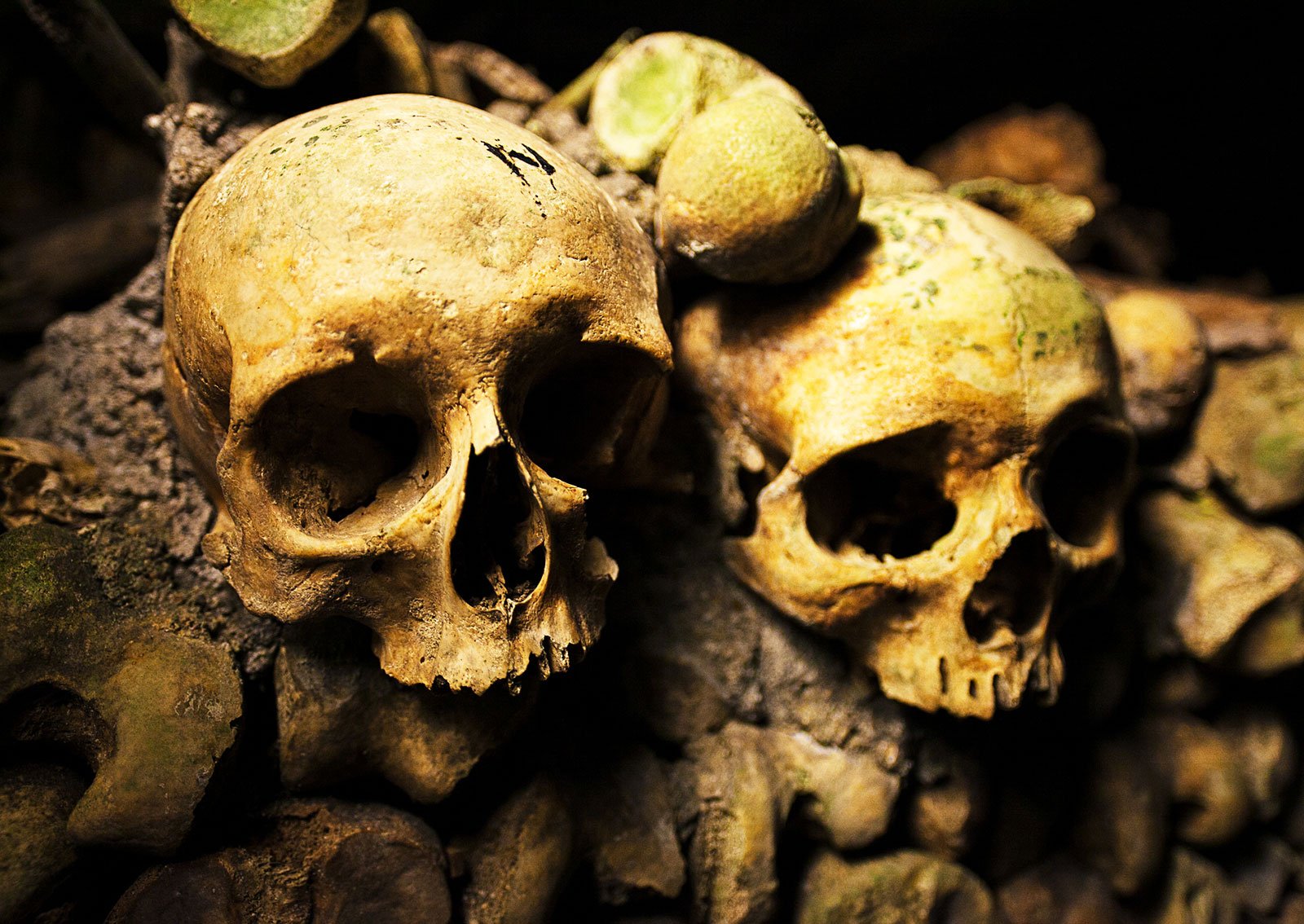 Catacombs of Paris is a complex of underground tunnels, remains of limestone mines that were being worked up as far back as X century. It goes without saying that nobody could think of measuring the length at that times; the exact information about this is still unknown, they say it is approximately from 187 to 300 kilometers. 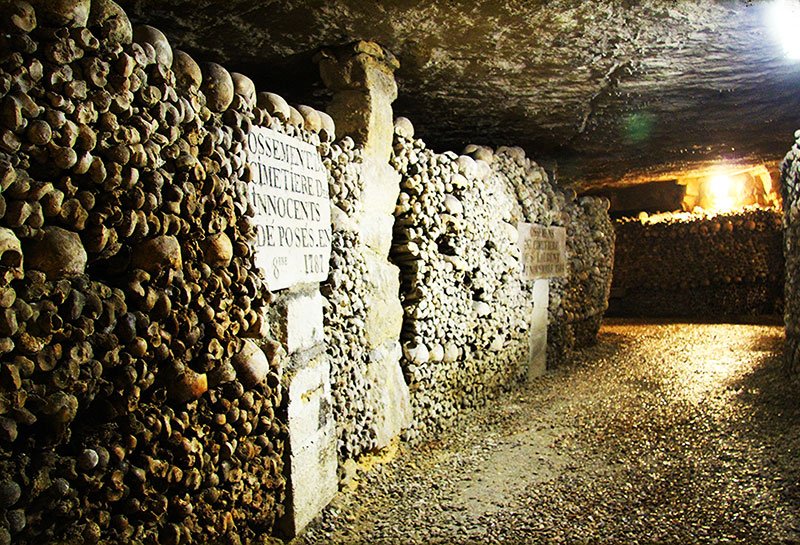 In XII century stone mines were forgotten, they were used selectively by servers of monastery which was situated not far from the stone mine, they kept wine here. Rumors about the wine, by the way, became one catacomb’s guard undoing; in 1793 he went deep into the tunnels searching for the drink. Nobody knows for sure whether he found the wine, what is known exactly - he didn't find the way back. 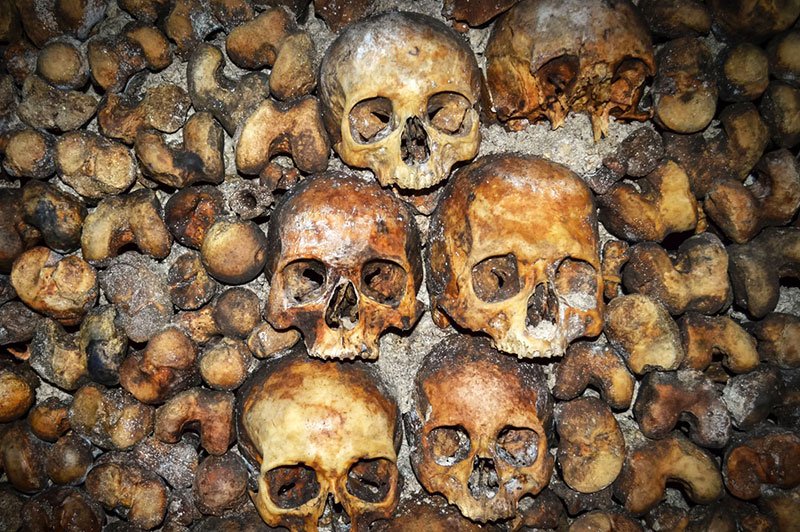 Only in XVII century the underground catacombs became evident. In this period Paris was developing actively when faced with crammed cemeteries from all the sides – at that time people were buried on the church territory only, as there wasn’t enough room for all the deceased, one grave could hold 1500(!) remnants of different periods. Such kind of burring caused dangerous diseases and threatened the citizens that lived next to the cemetery. One of the cemeteries, for example, broke through walls of church fortress and spat out corpses just right under feet of the nearest district’s citizens.

Then the core decision was made – to carve out dangerous cemeteries and remove bones to useless at that times quarries. The bones were dug up, washed and piled against the walls of the tunnels. Now it is pretty neat, but slightly dreadful. 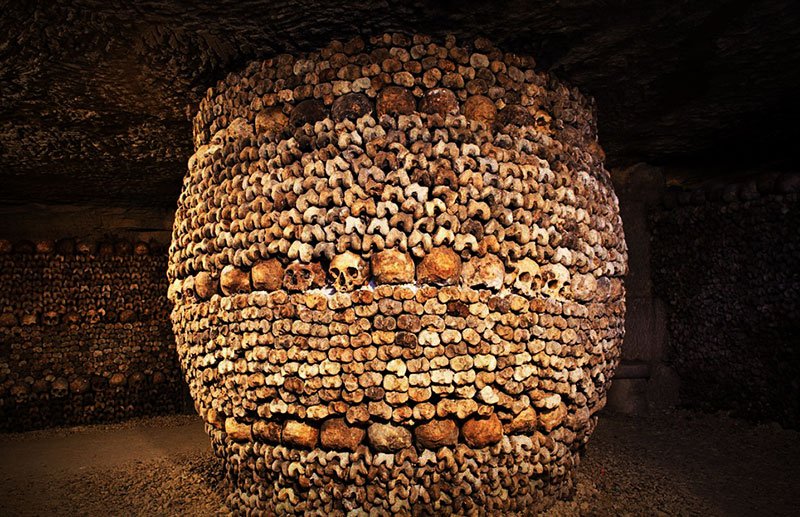 1. The catacomb entrance is not far from big statue of lion at Denfert-Rochereau (lines 4 and 6) metro station, on 1 Colonel Henri Rol-Tanguy Avenue.
2. Buy a ticket (about €13) - go ahead to explore Paris subterrene. 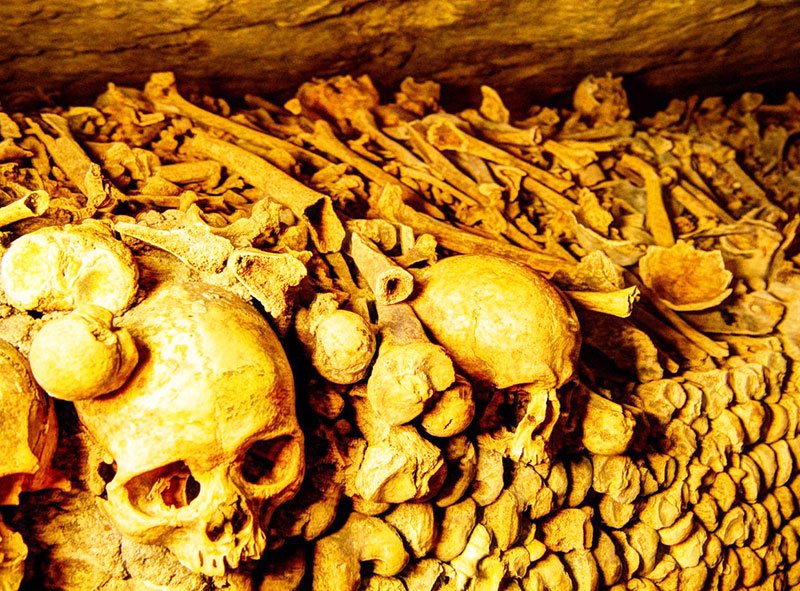 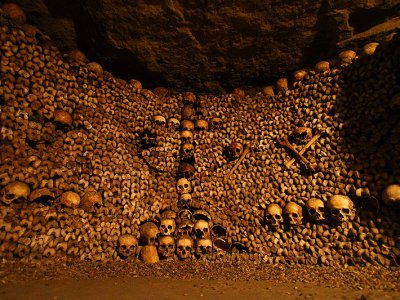 16
Location: 1 Avenue du Colonel Henri Rol-Tanguy
Open hours: From Tuesday to Sunday from 9 am to 8 pm.

Pay attention! Only 2 secure kilometers of catacombs are allowed to walk in. Even if you've got strong desire, don't go beyond limiting borders. You don't want to suffer the same destiny as the curious guard, do you?
← Walk through Montmartre#20 of 41

Everyone knows the famous structure of Gustav Eiffel, but only a few people know that at the top level was his apartment. 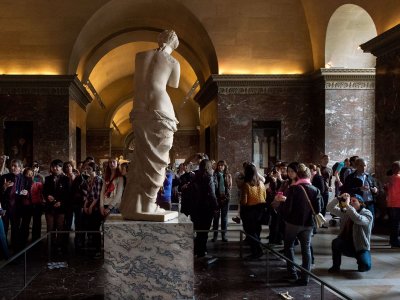 The famous work of art of Alexander of Antioch - Aphrodite is an ancient Greek statue, which you can admire for hours. 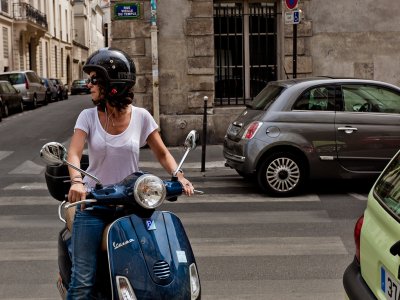 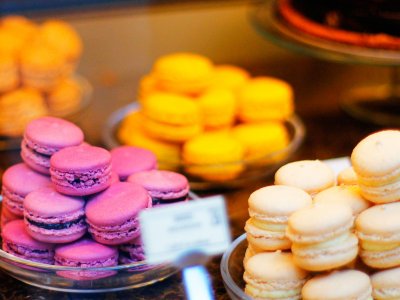 Not macaroni with meatballs or béchamel sauce, but an incredibly tasty almond dessert, known all over the world. 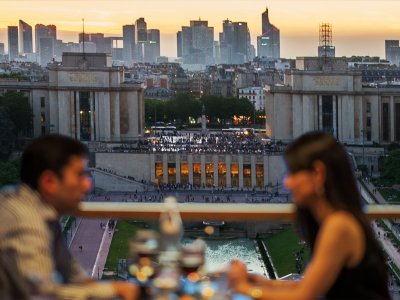 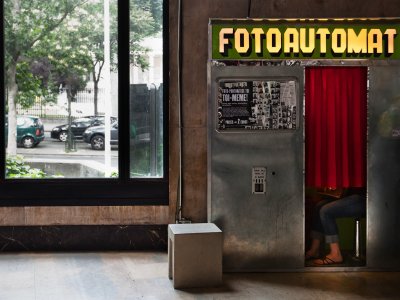 Take a selfie in a photo booth

Make funny faces with your friends in one of the photo booths placed all over the Paris. It will be a great souvenir. 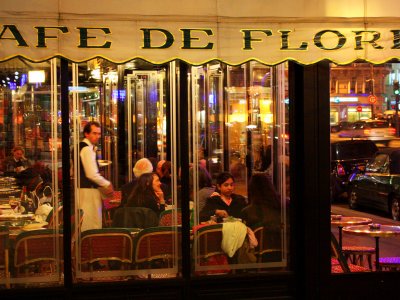 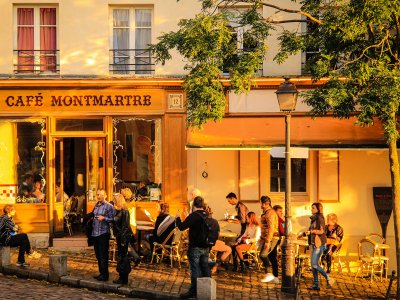 Take a walk along the canal Saint-Martin

You can walk along the canal both in the daytime and in the evening or take a ride on the river tram. 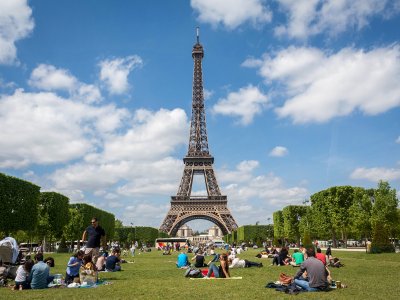