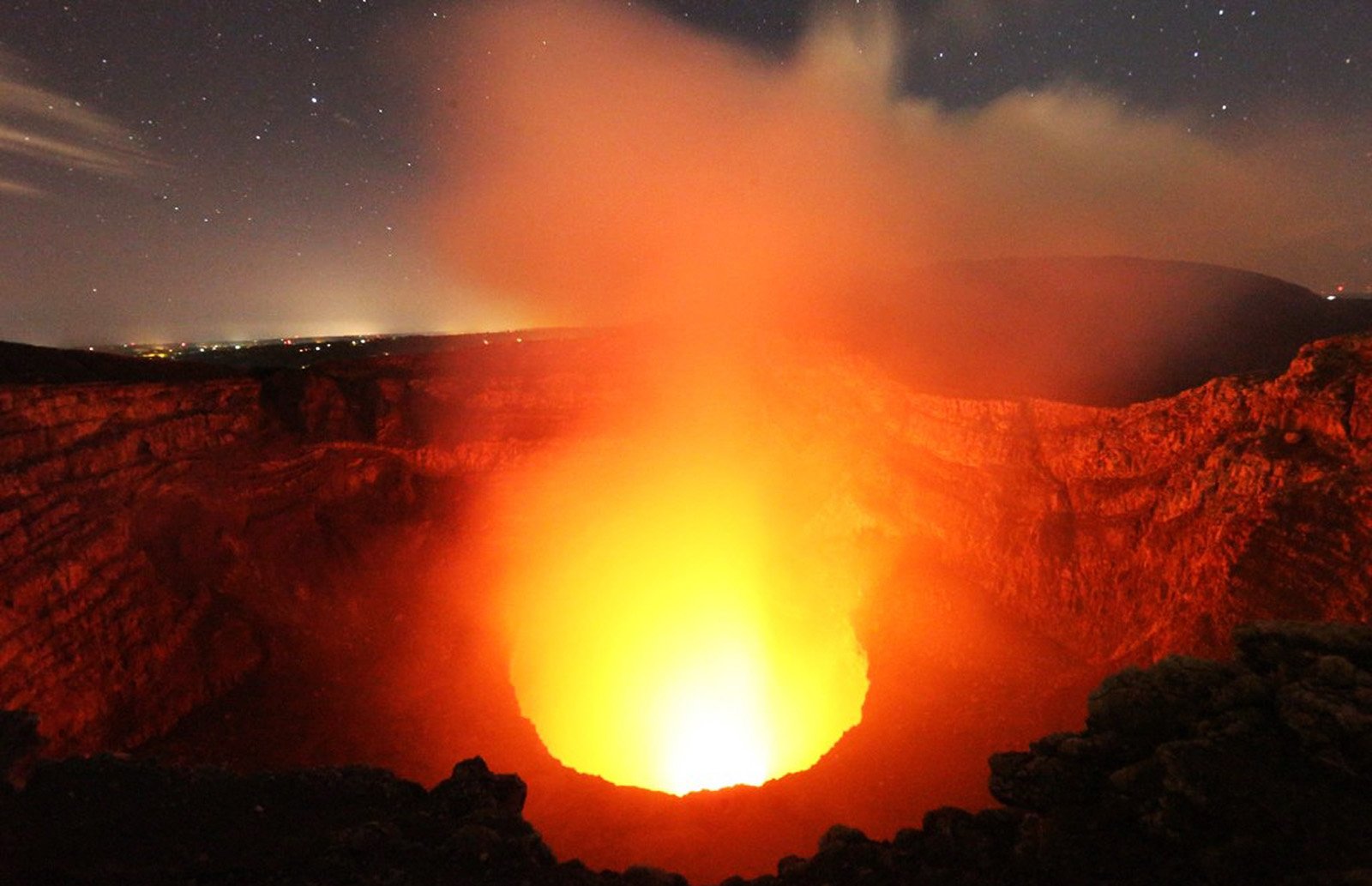 In 23 kilometers from the capital there is the Masaya Volcano National Park, named after its main attraction. It is surrounded by smaller volcanoes and thermal springs.

The volcano ascending does not take much time, since their height varies from 100 to 630 meters. It will take about 3 hours to observe the entire territory on foot and by car - only an hour. It`s possible even to drive the car to the observation deck on the volcano. Apparently, in case the eruption starts. While it`s quiet, the Santiago crater continues to smoke, as if it showed to travelers where to look for it. 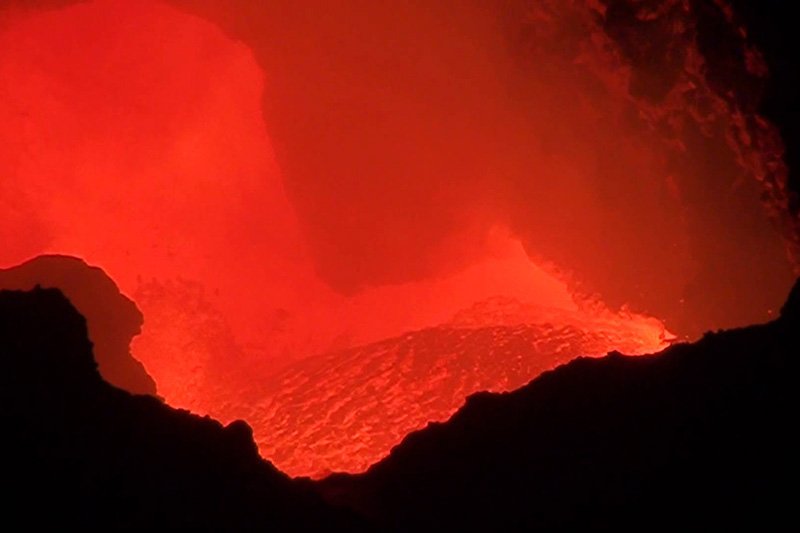 1. The volcano can be reached by car - 23 km from Managua along the 4th route - the Carretera Masaya road. It will take no more than half an hour.

2. You will need to pay for the ticket at the entrance. Go another 5 kilometers to the volcano in the center of the park. Also, you can get there by car. If you go by taxi, ask the driver to get you straight to the volcano's crater.

3. Near the crater you will see a cross, set up in the 16th century by the Spanish conquistadors, who tried in this way to drive out the evil spirit that supposedly fed the volcano. As you can see, the "trick" failed, and the lava does not hurry to harden. From time to time, the eruptions occur here with the release of lava and ash. On such days the park is closed. 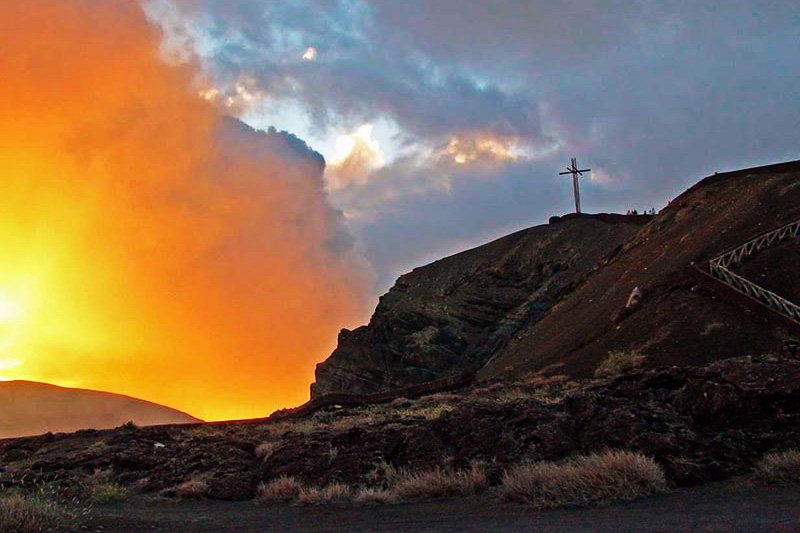 Photo: Cross at the edge of the volcano crater

4. Take a walk through the park. Volcanic ash has made the soil fertile, so here you will see luxuriant vegetation and its inhabitants: raccoons, opossums, coyotes, deer, monkeys, iguanas and skunks. It is not recommended to meet with the latter.

5. If you are not afraid of bats, get into the underground frozen lava tunnel. 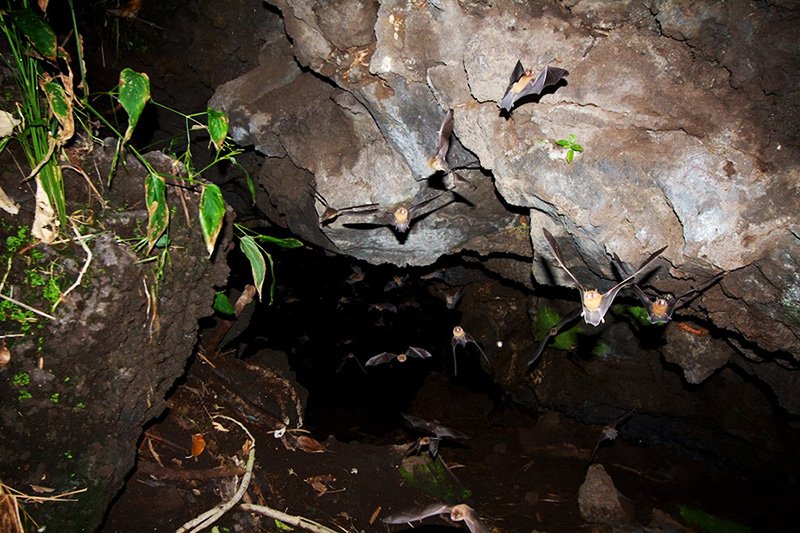 6. On the way back, stop at the Masaya market and buy a hand-tied hammock - the best hammocks are sold here :-) 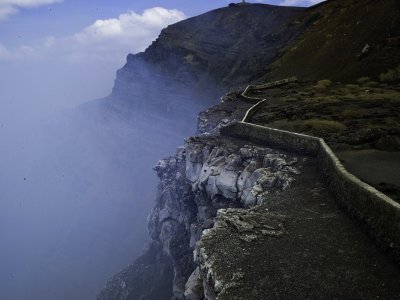 52 square kilometers of rich flora and exotic animals, breathtaking views from the volcano slopes with liquid lava in the crater of one of them.

The air above the active crater of the volcano is saturated with hydrogen sulphide. The spectacle is fascinating, but do not stay here for long. The tablet near the crater says - no more than 10 minutes.

The park is open at night too. A suitable option for night people. Nicaraguans realized that the red-orange lava looks more interesting at night, so the "night" ticket costs 200 more.
← Buy a hammock at Masaya market#4 of 4

More things to do in Managua 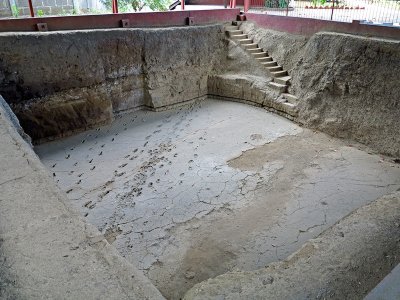 Take a look at the footprints of people and animals which had been escaping from the lava and ash. 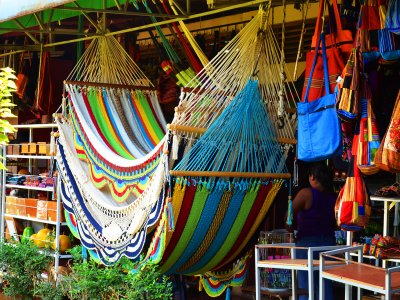 Buy a hammock at Masaya market

Near the Masaya Volcano National Park you will find the best hammocks in the world - tightly woven and colorful. 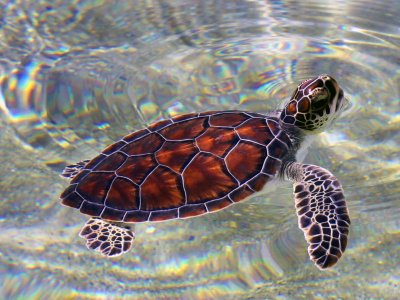 Release baby turtles into the ocean on Little Corn Island

You can watch the little turtles running toward the ocean waves for the first time.