You can visit this place in one of our tours.Choose
Unique Plitvice Lakes National Park is located in the centre of Croatia. The fairytale beauty of waterfalls and lakes, rich flora and fauna attracts travellers from all over the world. 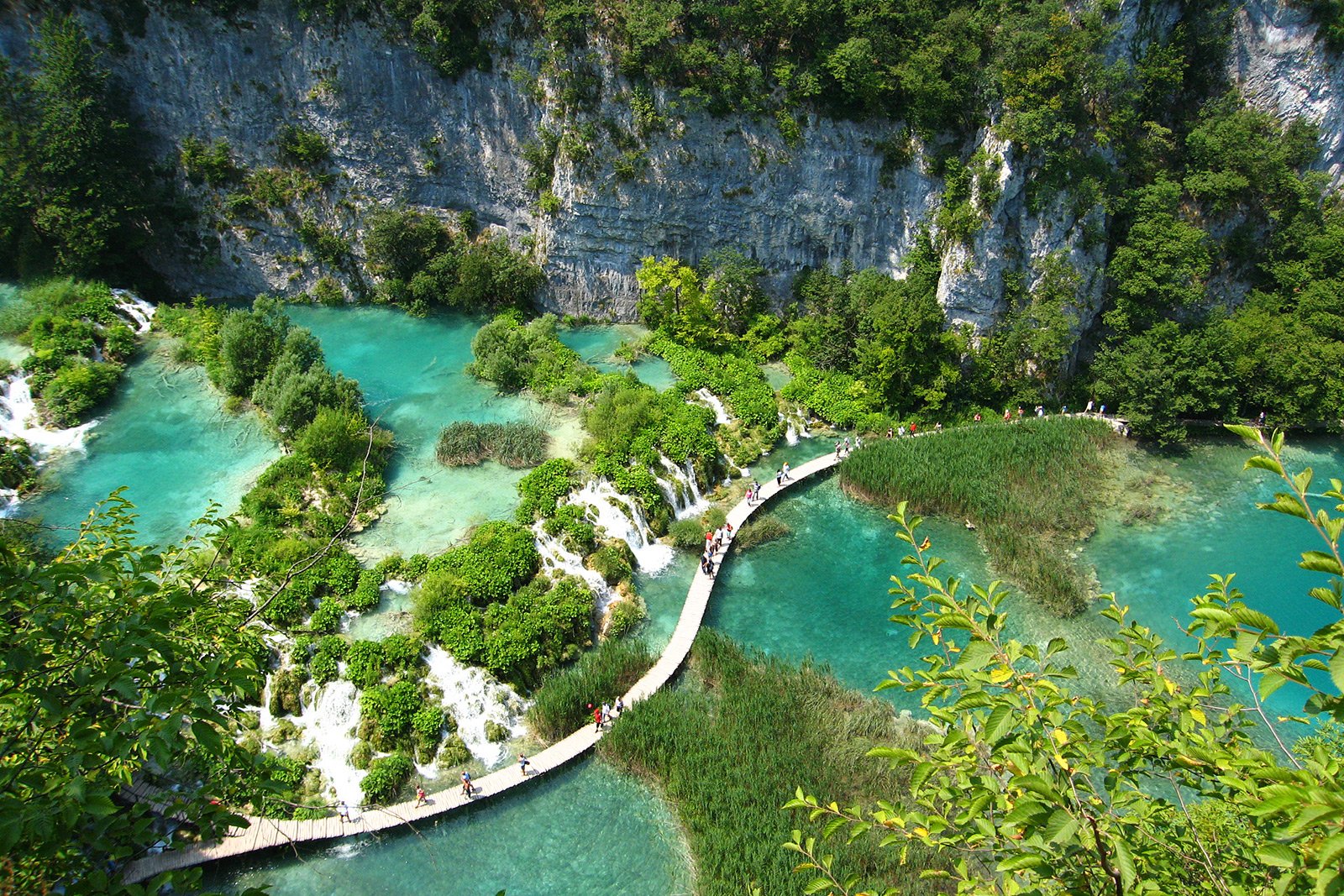 Plitvice Lakes National Park is the oldest and the most popular national park in Croatia. It was mentioned as far back as in church records of the late XVIII century. In the middle of previous century this place as a territory of exceptional natural beauty was declared a national park. In 1958 footpaths were made and the park was opened to the visitors. In 1991 during the Yugoslav Wars, the warfare took place here. By now the park is completely cleared of mines. The uniquness of the park is acknowledged on a world-wide basis - Plitvice Lakes National Park is added to the UNESCO World Heritage register. 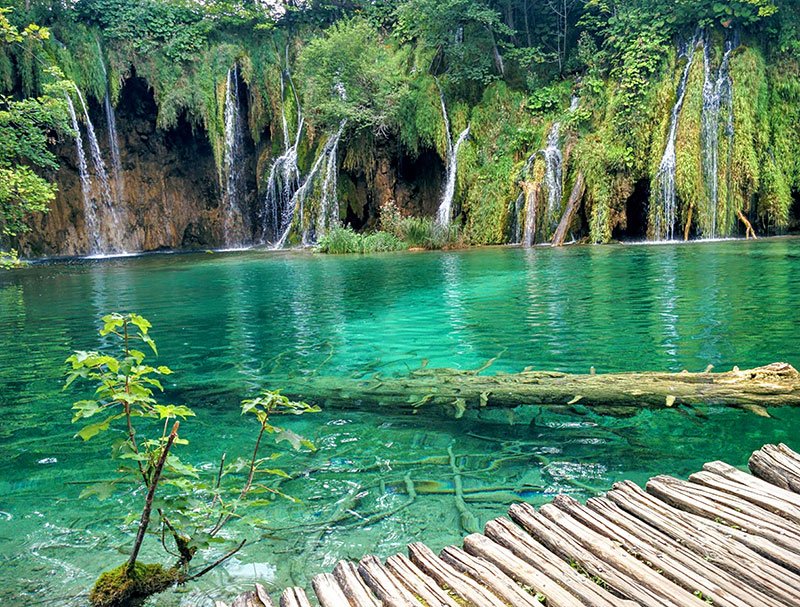 There was a time when the Korana discharges itself through limestone. The river has been carving its way through limestone for a great while forming natural dams, mysterious caves, gorgeous waterfalls and turquois water lakes. Now Plitvice Lakes National Park occupies the territory of about 30 hectares where 16 fabulous lakes are situated. The lakes are connected by the chain of fairytale waterfalls among which there is one that is 70 meters high. The waterbodies are surrounded by forests with wild animals. Plitvice Lakes National Park keeps special environment where animals and birds have been existing for a long time.

What to do in Plitvice Lakes National Park

The park welcomes its visitors all year round. In winter the waterfalls turnes into gorgeous ice cascades and in summer you can watch fish swimming in clear water of the lakes. As a rule it takes visitors 5-6 hours to walk around the park. Here they offer some walk itineraries. There two entrances in Plitvice Lakes National Park - up and down (ST1 и ST2). The most fascinating itineraries starts from entrance ST2. 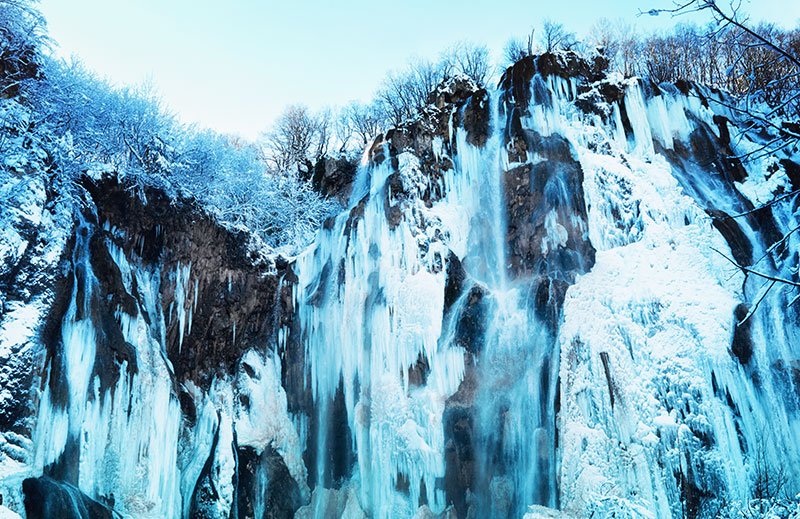 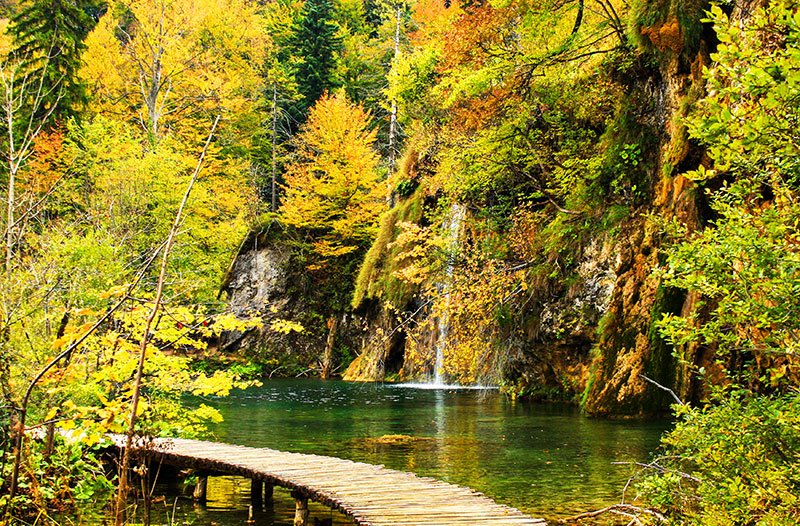 Parking is fee-paying (5 kunas) ($1.11) per hour. Even in summer it can be quite cold here, so put on warm and comfortable clothes. Not to get lack of energy to explore all the grandeur of park's nature, grab water and snack with you. 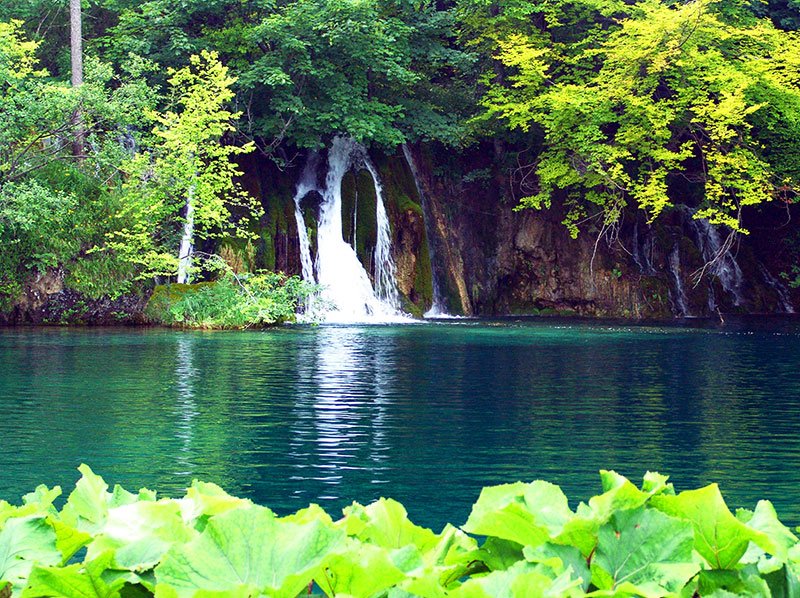 How to get to Plitvice Lakes National Park

You can get to Plitvice Lakes National Park by your own car, public transport or together with an excursion group. The distance from Dubrovnik to Plitvice Lakes National Park is 454 kilometers, from Split - 256 kilometers and from Zagreb - 134 kilometers. The price of a one-day ticketd depends on the day of the visit. During peak periods, from July, 1 till August, 31, the price is the highest - 180 kunas (about $29). Fee for students and children is lower, for children under 7 years old the entrance is free. The price includes motor boat riding around Lake Kozjak, panoramic train riding, insurance and VAT. 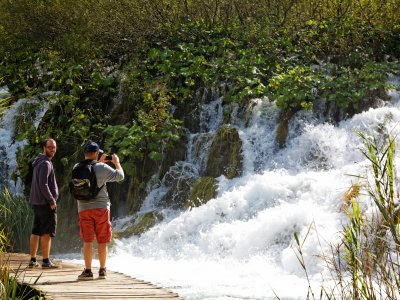 If you go to Croatia you should definitely visit Plitvice Lakes National Park - actually the main nature sight of Croatia.

Share your ideas of what to do in Zagreb with other travellers — together we'll make our travellings more interesting! 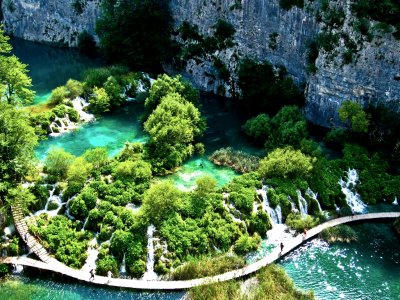 If you are visiting Split you should definitely go on an exciting trip to the amazing world of Krka National Park only in 100 kilometers from the city.

More places to visit in Zagreb 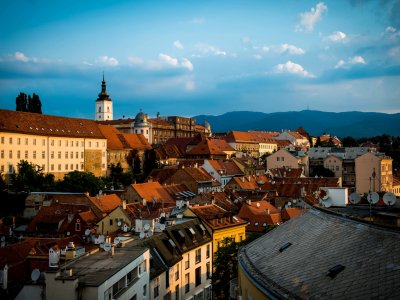 Historical area in the heart of the capital, where all the oldest temples, cathedrals and other cultural attractions of Zagreb are gathered.