What to see in Norway —
15 places to visit

15 places to visit in Norway 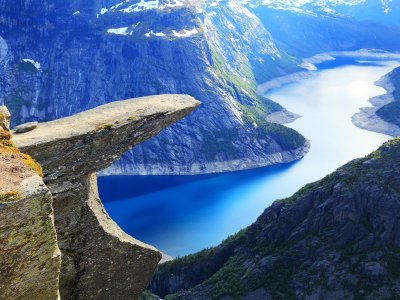 Fantastic scenery, ringing silence, and a steep cliff above the lake – this is Trolltunga. 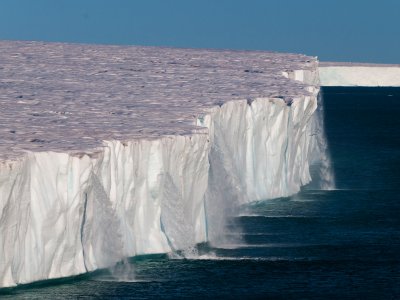 The magnificent Austfonna Ice Cap is like an illustration to a fairytale or a futuristic landscape of a strange planet. 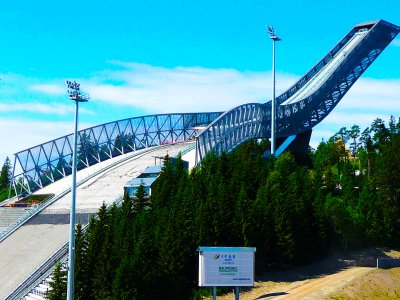 The first in the world ski jumping springboard was constructed in 1892, today it can't be used for ski sports. 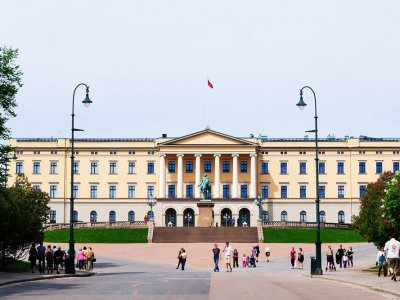 The Royal Palace in Oslo

Residency of acting King Harald V. Taking a stroll around the territory is possible daily, to get inside the palace, join the excursion within the period from July, 20 till August, 15. 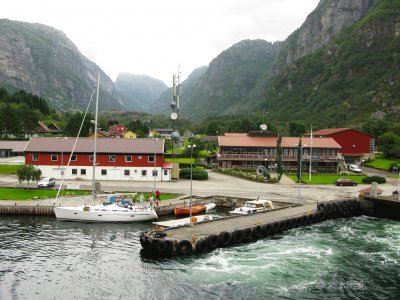 Lysebotn is connected with entire world with only one road, which consists of 27 steep turns. Here is the starting point of hiking to the mountain range Kierag. 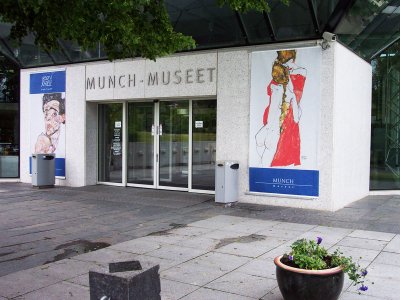 The museum has been opened since 1963. Besides the works of the painter, the museum also keeps his personal belongings including those he left for the city. 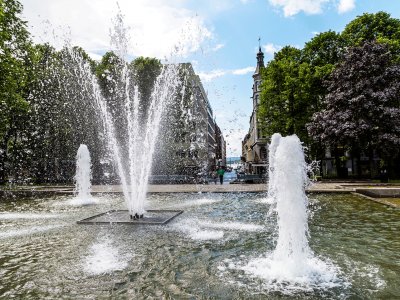 The Spikersuppa fountain in Oslo

The main fountain of Oslo is located on the square near the Norwegian National theatre. In winter time it turns into ice skating rink. 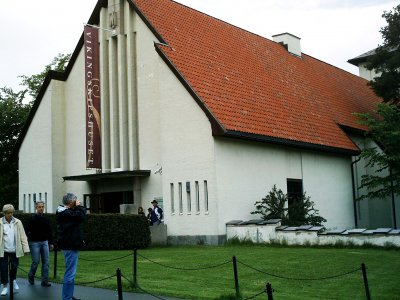 The Viking Ship Museum in Oslo

In this museum famous Viking's ships are exhibited. They are made of oak and were used as funeral boats. 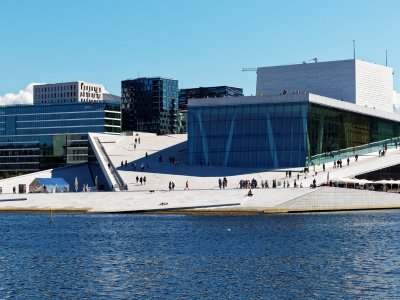 The Opera House in Oslo

The Norwegian National Opera and Ballet is located in the centre of the city, on the bank of the Oslofjord. 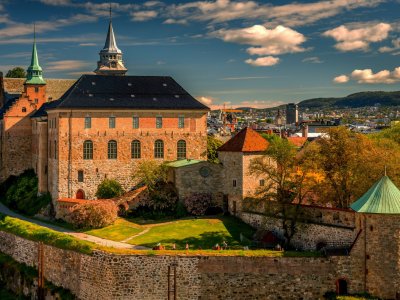 Ancient fortress was first mentioned in 1300. Now it hosts a few museums, headquarter of the Norwegian Armed Forces and the Ministry of Defence. 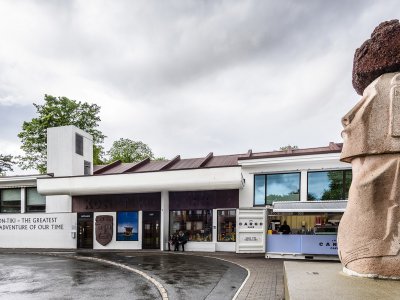 The Kon-Tiki Museum in Oslo

The museum is dedicated to Thor Heyerdahl's trip across the Pacific Ocean on a tiny wooden platform with a sail. Actually it is the main exhibit item of the museum. 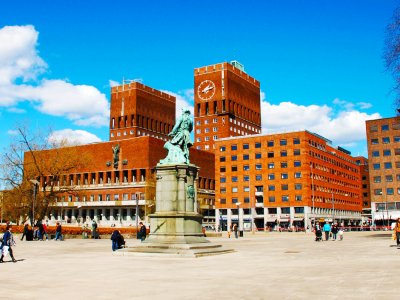 Sessions of city council board takes place in the city hall building. Art exhibitions and wedding ceremonies are held here as well. 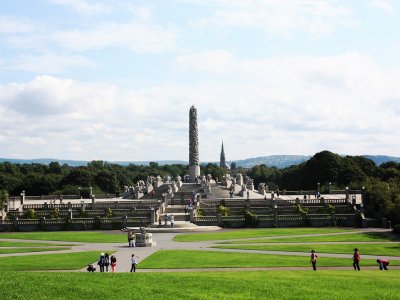 227 sculptures created by Gustav Vigeland for this park reflect the array of human relations. 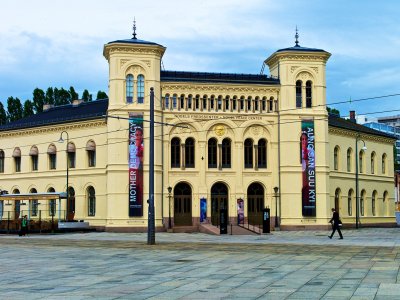 It is the museum where you can find out everything about history of Peace Prize awarding and see behind the curtain of the ceremony. 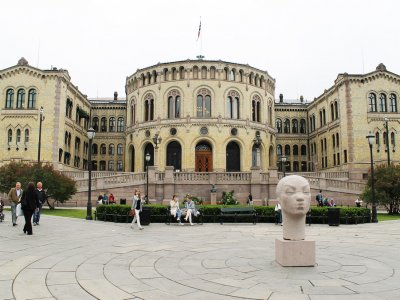 The Storting building in Oslo

Residency of the parliament of Norway is located in the city centre. The design was elaborated by Swiss architect Emil Victor Langlet.

Share your ideas of what to see in Norway with other travellers — together we'll make our travellings much more interesting!