A number of seats in the visitor's gallery are limited. 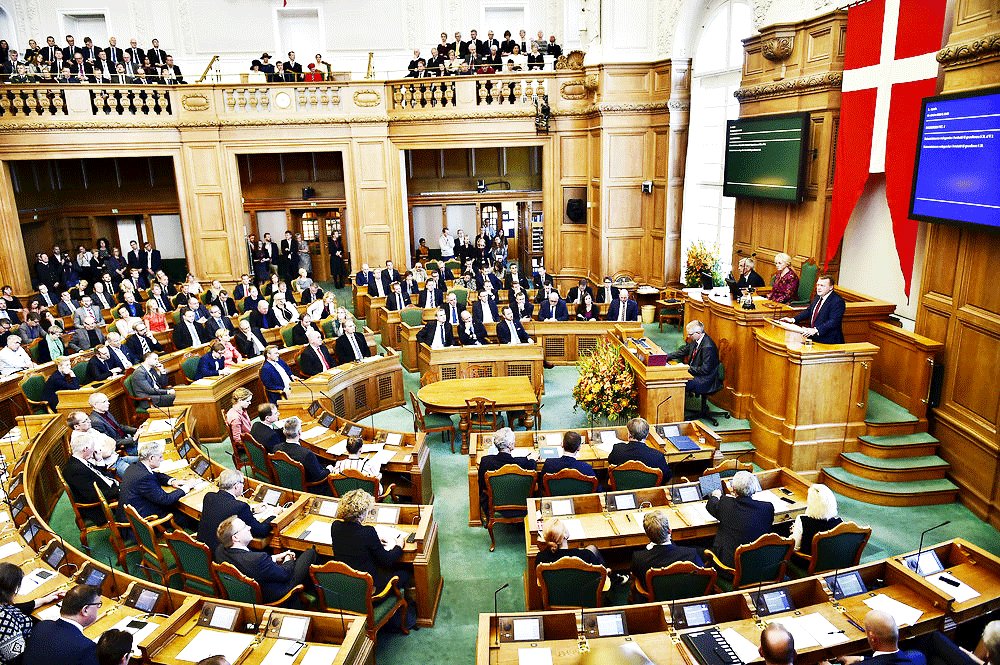 Danish Parliament (Folketing) consists of 179 members that are selected by voting every four years. Its main tasks are passing laws, adopting the state's budgets, controlling the government and taking part in international activities.

You can communicate with the Parliament members during some cultural events and open briefings which take place in Christiansborg Palace. What is more, you can watch them working during the plenary sessions. 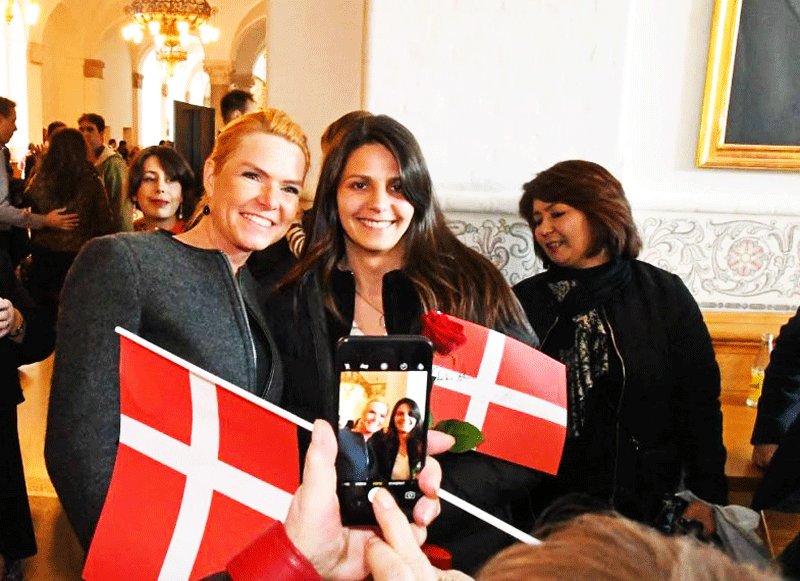 1. Danish Parliament sits in session in Christiansborg Palace that is in the centre of Copenhagen. You can get here by any means of transport: bus №№ 9A, 991, 992 (Det Kgl. Bibliotek stop), by metro (Christianshavn station), by train (Københavns Hovedbanegård the main railway station). 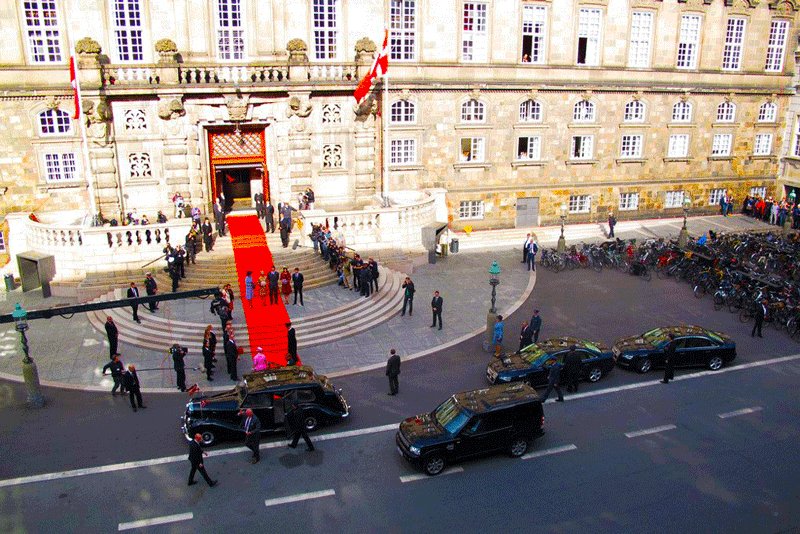 Photo: The visitors enter the parliament building through the tiny door in the left wing of the stairs

2. At the guest entrance, on the side of Rigsdagsgården Street, pull a doorbell - ask the servant how many seats there are left in the visitors' gallery. At the entrance to the parliament you'll be security checked - come here in advance (15 minutes before the session). In the hall there is a cloak room - to use it insert a 20-krone coin.

3. The duration of the session depends on the Parliament's agenda (about one hour). Ask the guide about the rules of behaviour and taking pictures during the session. 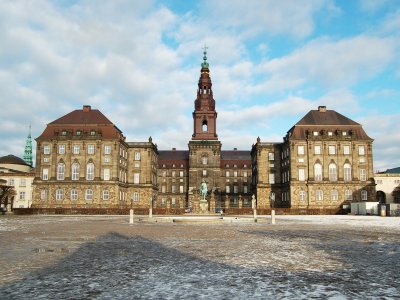 Christiansborg Palace used to be the royal residency, now (since 1859) the Danish Parliament sits in sessions here.

The Parliament sits in session from October till the mid of June on Tuesdays and Wednesdays at 1pm, on Thursday and Fridays - at 10am.

For groups consisting of more than 14 people the previous application is needed.
← Visit Christiania hippie commune#1 of 13

More things to do in Copenhagen 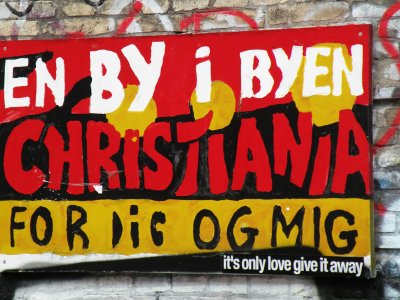 "City in the city - Christiania is for you and me". Take a stroll around the quarter of hippie and painters. 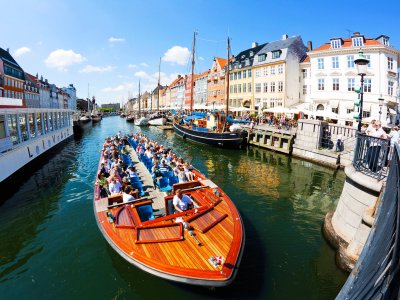 Ride in a hop-on/hop-off boat

You can join an excursion group or leave it at any stop you wish.

Share your ideas of what to do in Copenhagen with other travellers — together we'll make our travellings more interesting!