Every night, the Ijen Volcano crater, on the island of Java, is ignited with blue flame. This spectacle impresses deeply. 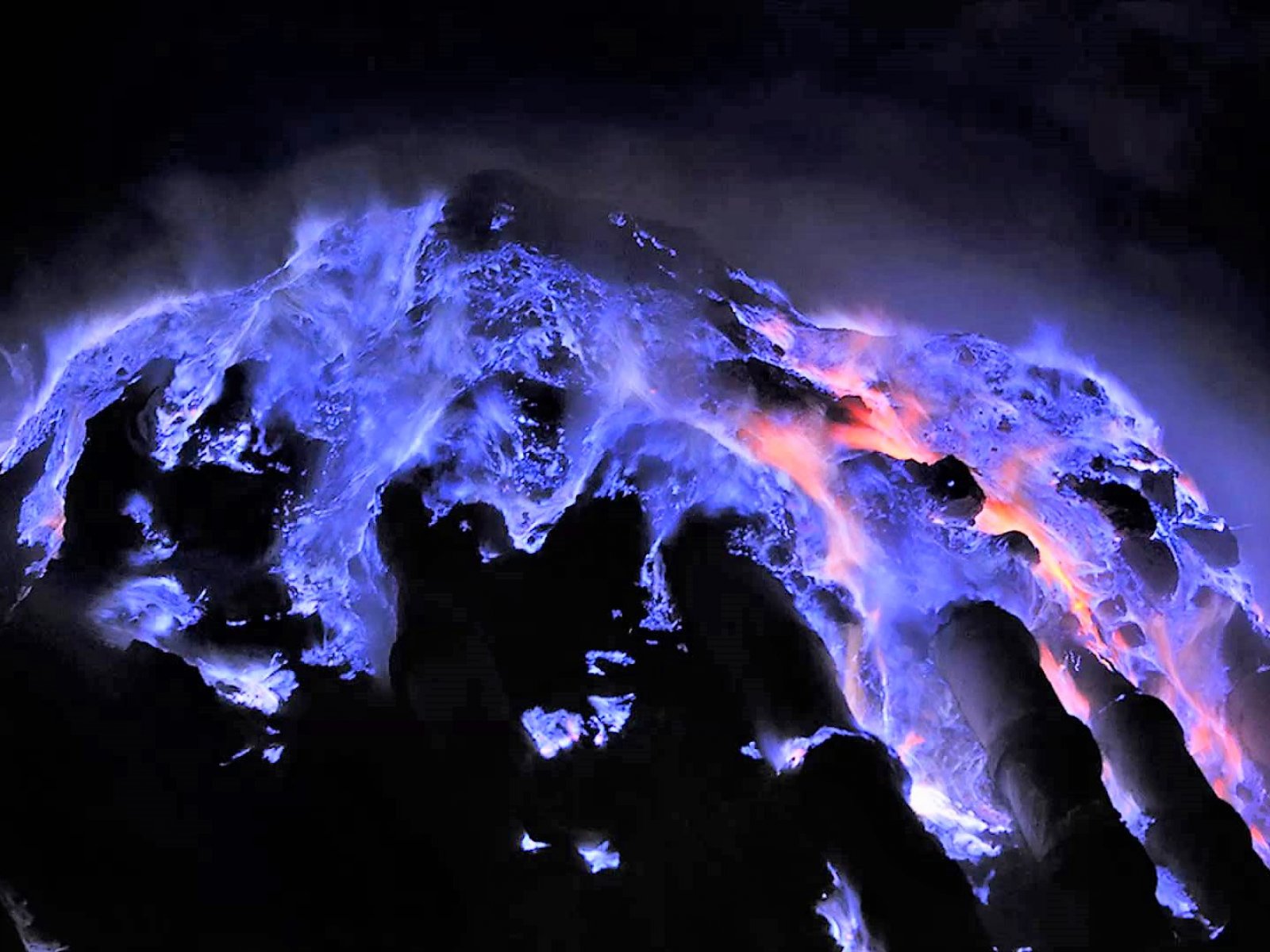 Mountains usually climbed in the afternoon. But in case of the Ijen Volcano, which is on the east of Java island, it is customary to climb closer to the evening. The most interesting thing here begins with the advent of twilight.

Ijen volcano is at an altitude of 2799 meters, and this is almost third of the Everest height. Every night, the crater flares up with a blue flame, and illusion arise that a burning blue lava flows down to the foot of the mountain. It seems, that you would rather quickly make a shot and run away from here, until the fiery streams didn't incinerate you. But the mystery of the blue flame lies in the liquid sulfur, which is immovably burning under the pressure of gas, which rises from the depths of the volcano through the cracks. 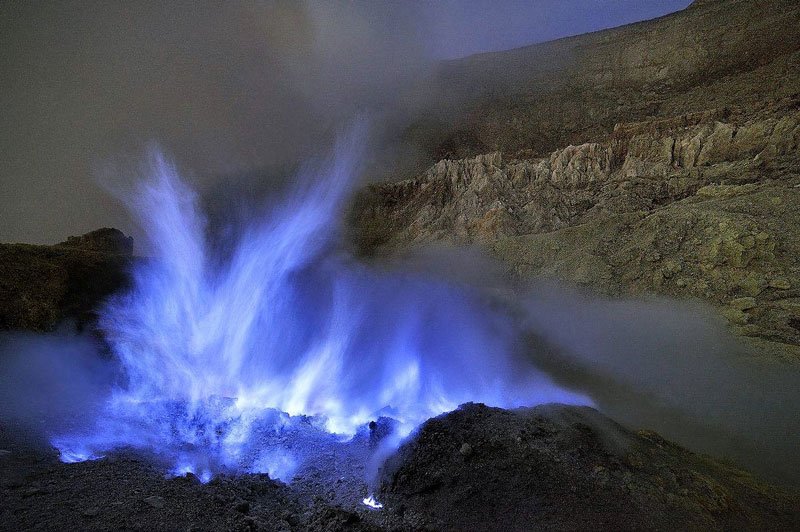 Frozen sulfur on the slopes of the crater is collected by local residents during the day. Then, it is taken to plants where sulfur is used in purification facilities. The workers have to make a hard journey of 3 kilometers twice a day, getting about $10 a day for their work. 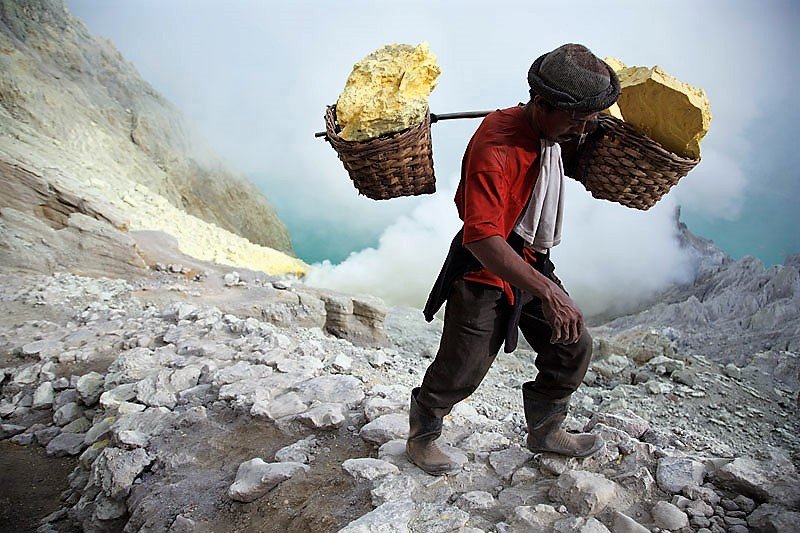 At the day time, the volcano puffs only a thin stream of smoke, and you can see an outstanding lake inside the crater. 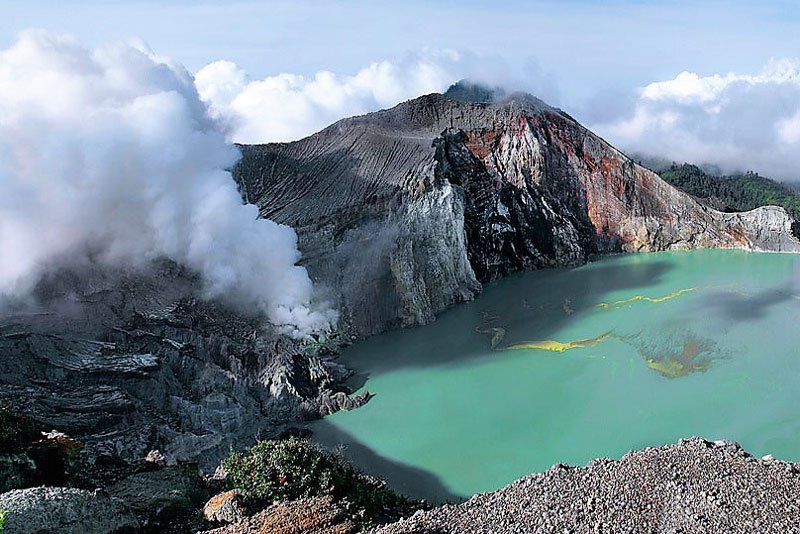 1. The easiest way to get to Ijen is to buy a tour to the volcano from the island of Bali or Java (from $150 per person).
2. If you're self-guided, you may start your trip from Bali:
• Use an airplane from Denpasar to one of the airports on Java island. One-way ticket - from IDR 400 000.
• Take a ferry to the port of Ketapang on ​​Java island. Travel time - 1 hour, departure every 20 minutes, ticket price - IDR 6 500.
• From the port, go to the Camping Paltuding (first reach Banyuwangi by bus, then take a taxi or catch a ride to the camping). The journey takes about 3 hours.
• After a break in the tourist camp, go to the mouth of the Ijen volcano. Climbing will take approximately 1,5 hours.
• Set a tent and get ready for dusk, when you can watch the blue flame of the Ijen Volcano. 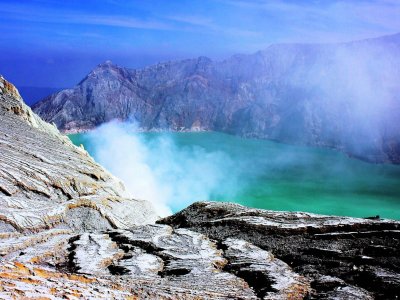 On Java, here is the active volcano Ijen, which erupts hydrogen sulphide. This phenomenon seems beautiful on the photo, but it is detrimental to the population of the island.

In the dark, when you can watch how the surface of the crater lights up with a blue flame.

Take a tent, comfortable shoes and warm clothes, food with a margin for two days. Be attentive when buying tickets for public transport, if possible turn to the ticket office - otherwise you're taking a risk to pay trough the nose.
to-do listed6
likes15share via
Facebookshare via
Twittershare via
Google+share via
VK