What to see in Uruguay —
19 places to visit

19 places to visit in Uruguay 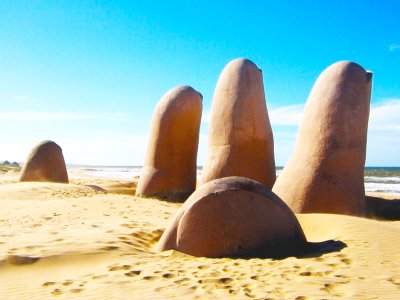 The Fingers Of Punta del Este in Maldonado

Huge fingers sculpture is located on Brava beach in resort city Punta del Este. It was constructed in 1982 by young Chilean architect and now it is one of symbols of Uruguay. 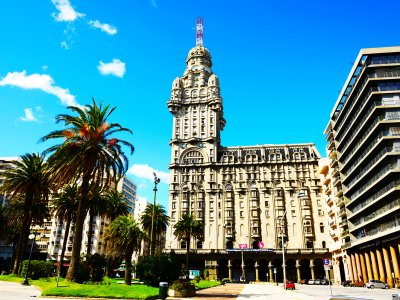 The palace on Plaza Independencia constructed in 1982 themed on The Divine Comedy: first floors symbolize limbo, the top tower - Eden. The palace including its spire is 150 meters high. 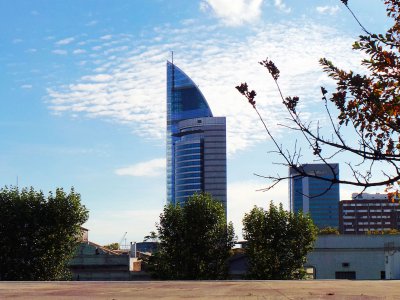 The highest building of Uruguay (160m) stands 2 km northward from Montevideo downtown. The tower is a 35-floor construction with ANTEL telecommunication company on 5-22th floors and observation deck on 26th. 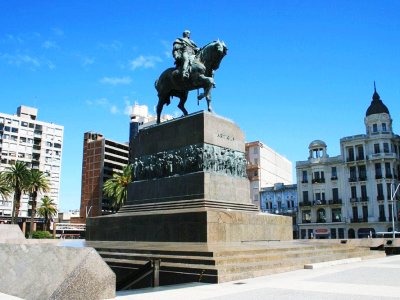 The mausoleum with the ash of the main fighter for Uruguay independence, Jose Artigas, stands in the centre of Montevideo on Plaza Independencia. The entrance is free. 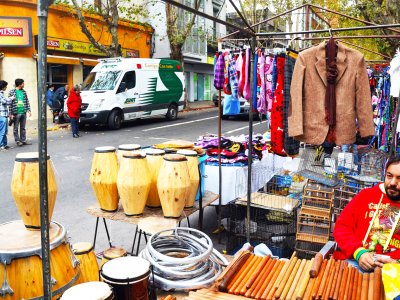 The market that has been taking place at the intersection of Tristan Narvaja and Colonia Streets on Sundays for more than 100 years offers a lot of vintage and antique stuff. Stalls here are open from 10am till 4pm. 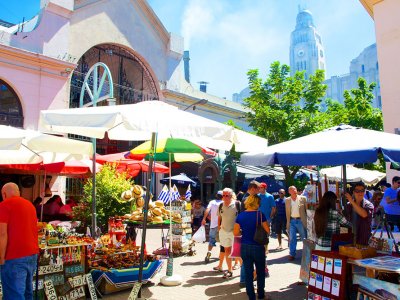 The market is located in southwest Montevideo, about 300 meters from the port. Besides souvenirs, it is well-known for good quality meat, fish and seafood. You can visit the place every day from 9:30am till 6:30pm. 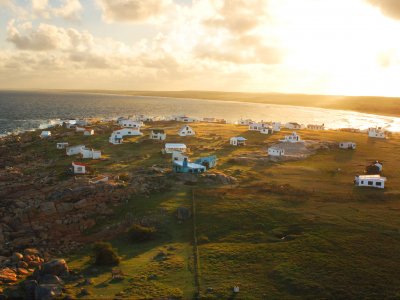 Fishing village with only 90 residents is located in the east coast of Uruguay. No public transport runs here - you can walk 7 km from the main highway or ride 4WD vehicle. You won't find any comforts of home here - electricity or running water. 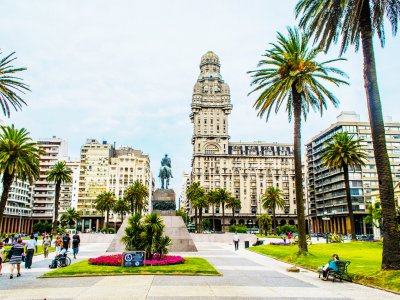 The main square of the city is located in Ciudad Vieja area. The office of the president of Uruguay is placed in the Executive Tower on the square 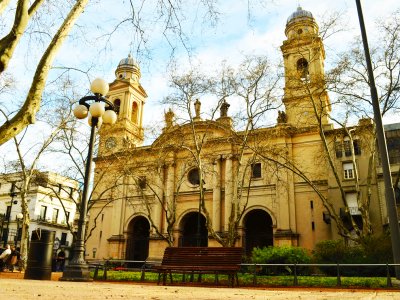 The cathedral located on Constitution Square is considered to be "the mother" of all catholic churches in Uruguay. The cathedral houses burials of Montevideo archbishops and well-known Uruguayan public figures. 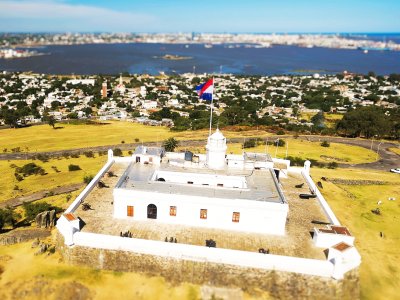 The fortress on the hill that is 134 meters high overlooks the Rio de la Plata bay and Montevideo city. Inside the fortress there is a military museum. It is open daily from 8am till 5pm except for Monday. 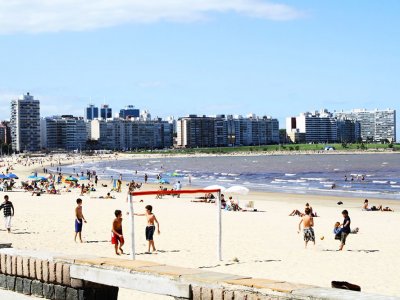 The beach is a 10-minute drive from Montevideo city centre. It's a place not only for sunbathing, but also for beach activities - soccer, volleyball, aerobics. Different water championships also take place here. 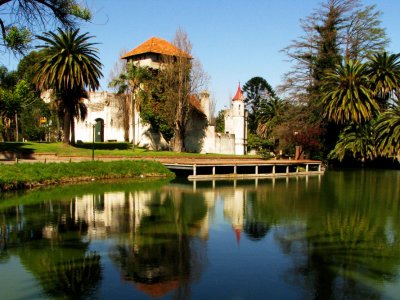 The park named after Uruguayan writer José Enrique Rodó is placed in south of Montevideo. There is an man-made lake here; different open-air exhibitions often take place here. The park is open daily round the clock. 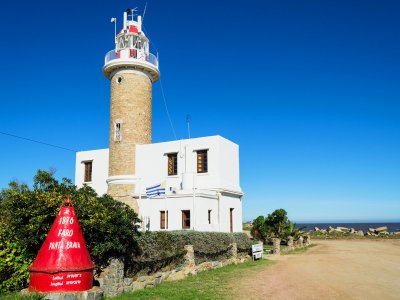 The lighthouse stands in the south part of Montevideo. It is 21 meters high and the light reaches 24 kilometers away. The lighthouse is open from 10am till 6pm. 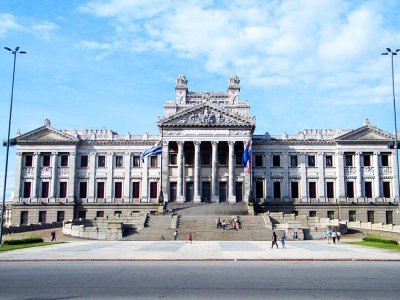 The palace is one of the main sights of Montevideo located on Avenue de las Leyes. The building is lighted up so at night time it is seen from different parts of the city. 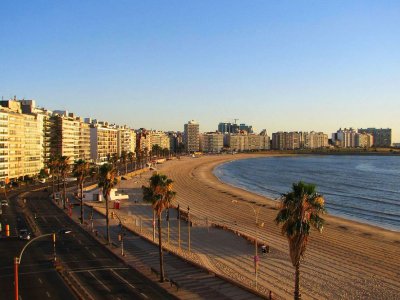 The promenade that stretches for 22 kilometers along the coastline of Montevideo is the longest seaside in the world. Here people go jogging, skating, fly-kiting. In the evening it is a place of open-air parties. 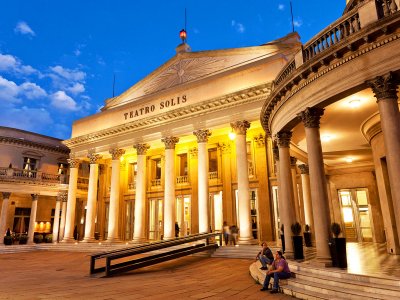 The theatre located on Plaza Independencia is one of the oldest in Uruguay. It is adjusted for disabled people and free for them. Besides performances here you can also take an excursion to get behind the curtains. Entrance fee is $20. 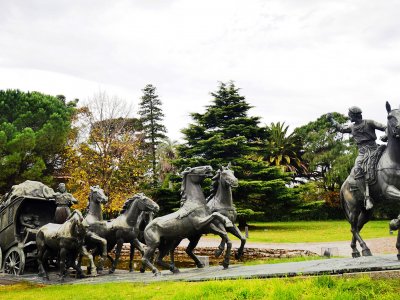 One of the oldest parks is located in the northern part of the city in the area with the same name. Besides two museums and a botanical garden, there is sculpture Diligence in memory of emigrants. The park is open 24 hours. 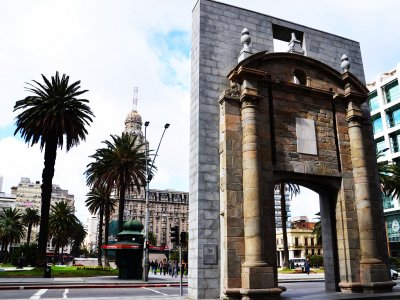 The stone gateway is remnants of the colonial citadel. It stands in the west end of the Plaza Independencia and separates old and new parts of the city. 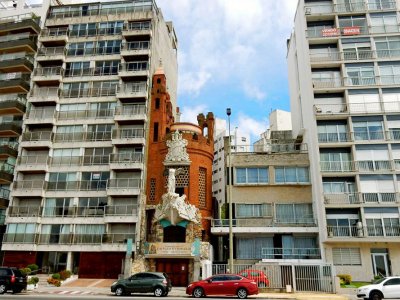 The castle squeezed between two buildings is located in Punta Carretas district, on Rambla Mahatma Gandhi. Inside the castle there is a museum and a restaurant. It's open daily from 10am till 9pm, on Sunday from 10am till 2pm.

Share your ideas of what to see in Uruguay with other travellers — together we'll make our travellings much more interesting!