Get into the glow worm cavein Hamilton, New Zealand

Walls in the cave are covered with luminescent bugs that gleam blue. 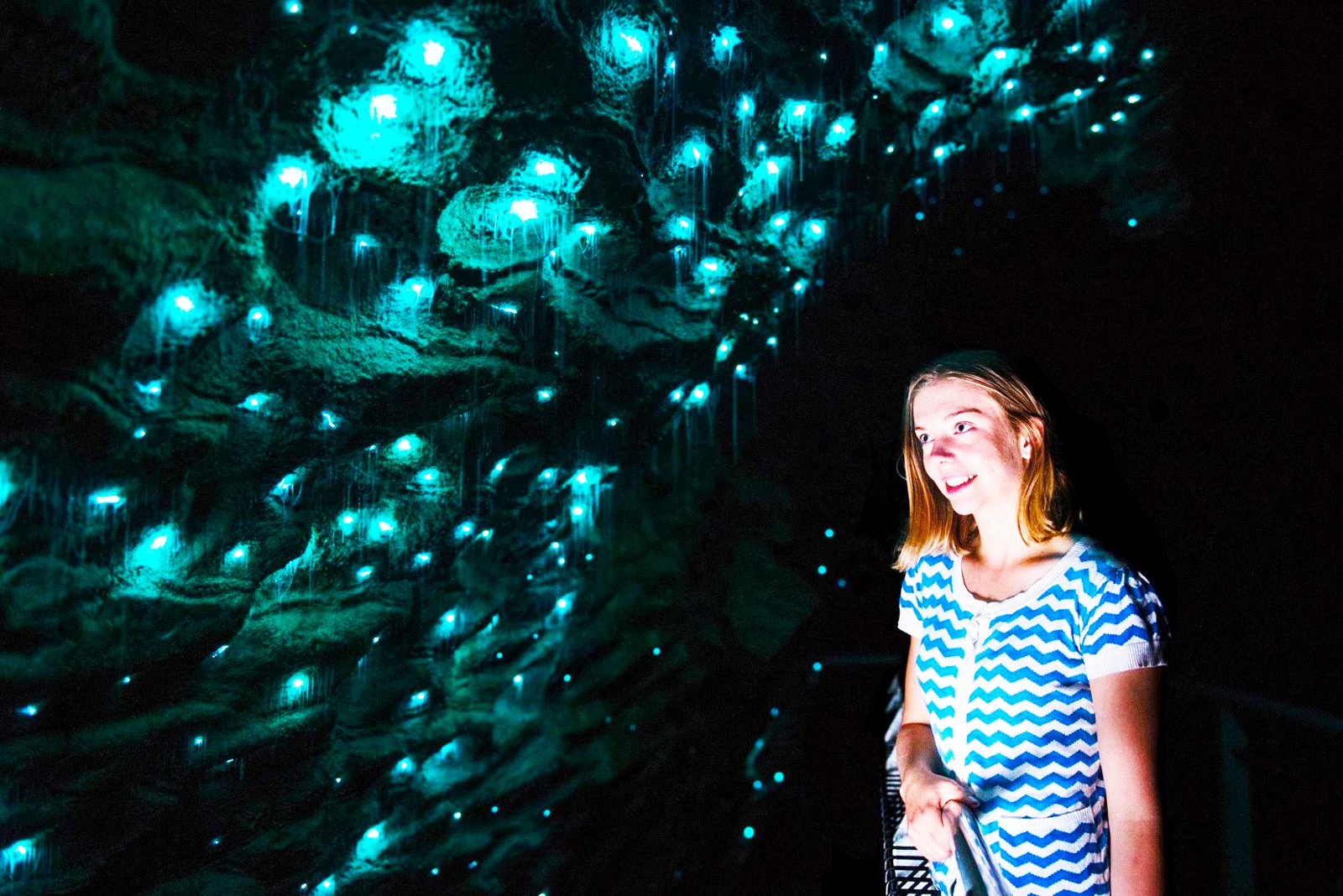 The Waitomo Caves formed more than 2 000 000 years ago - oceanic waters washed out grottos and underground ways in rocks.

And only at the end of XIX century the locals made up their mind to explore the cave. They took hand-made raft and went down the Waitomo river into the unknown grottos and saw the grotto roof gleaming like a starry sky. 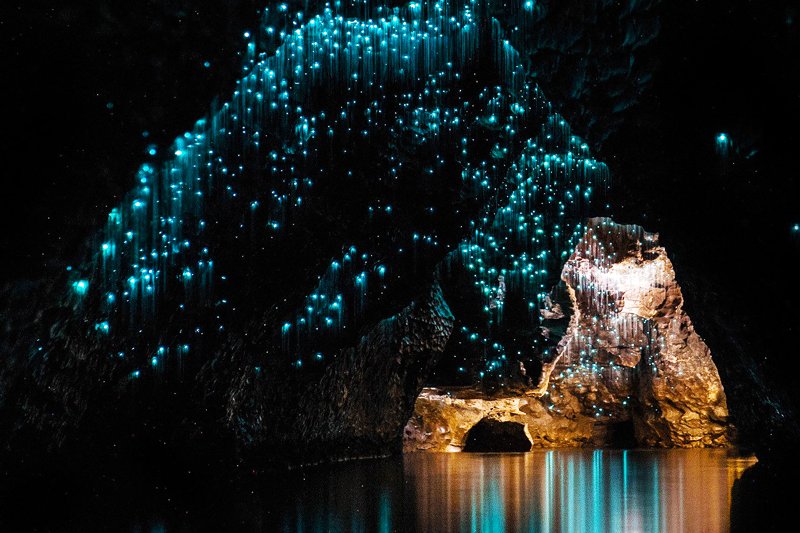 Arachnocampa Luminosa - New Zealand glowworms - live on the walls of the cave, they are the creatures that throw out the blue light. 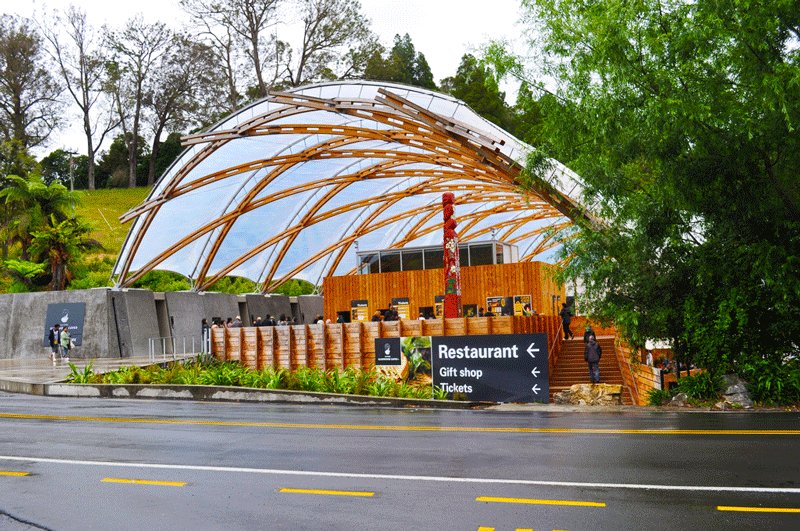 2. Besides the glowworm grotto in Waitomo you can also visit the longest in New Zeland cave tunnel Ruakuri Cave and stalactite Aranui Cave, and also you can go cave rafting. Combined tickets cost cheaper - mind it if you want to visit not only one site. 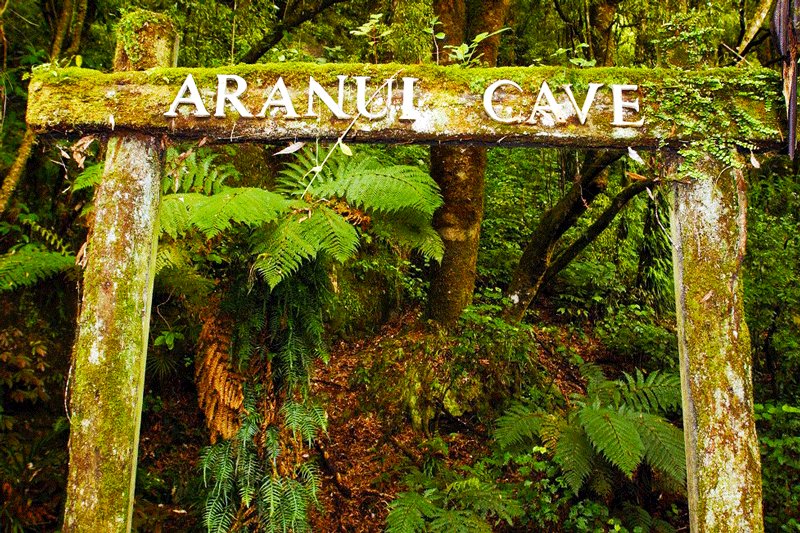 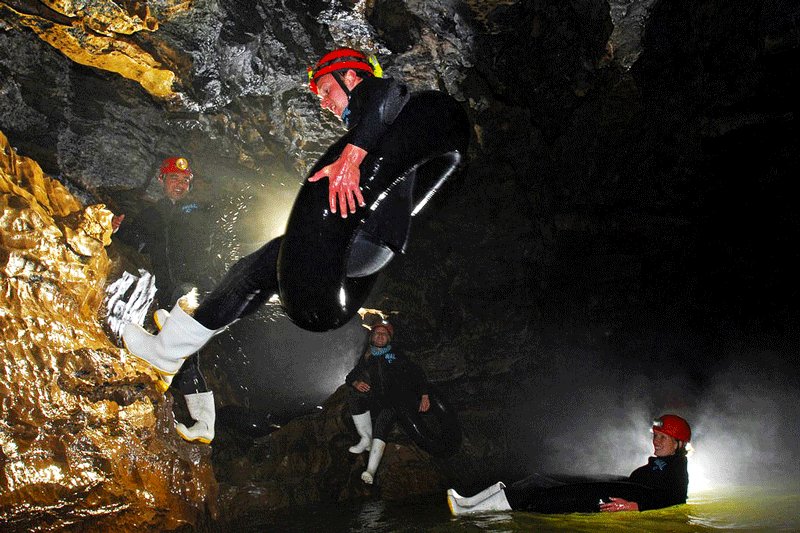 Photo: Descent to the water at the beginning of black water rafting, © Jaap Postma

Boats go to the gleaming cave every 30 minutes from 9am till 5pm, boarding on a first-come, first-served basis. The excursion lasts about 45 minutes - floating slowly down the Waitomo river you'll get to know the prehistory of the glowworm grotto and you'll see the cave roof light up blue. 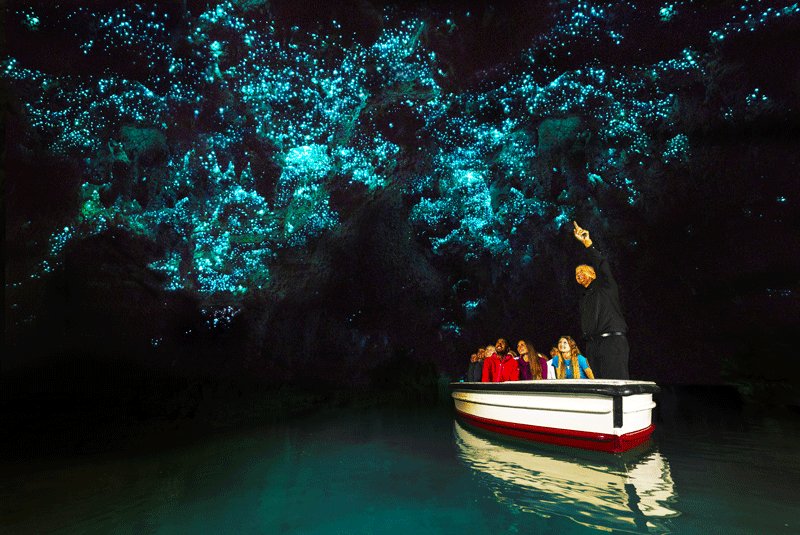 3. You can have rest and dinner in Waitomo Homstead 9 kilometers eastward down the State Highway 3. Also there is a hotel and a theatre. 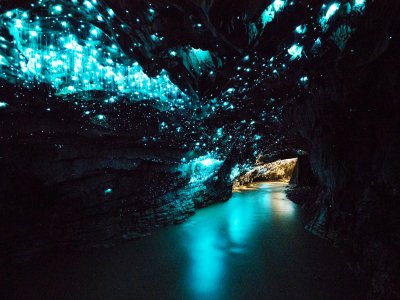 The caves formed in the depth of the ocean millions years ago. When water waved back, limestone outgrowth, corrals, petrified sea fish and luminescent organisms remained on the walls.

It's not allowed here to take pictures or video.