See funeral ceremony on the bank of the Gangesin Varanasi, India

Every day funeral pyres are lit, everyone can come and watch this pretty unpleasant sight. 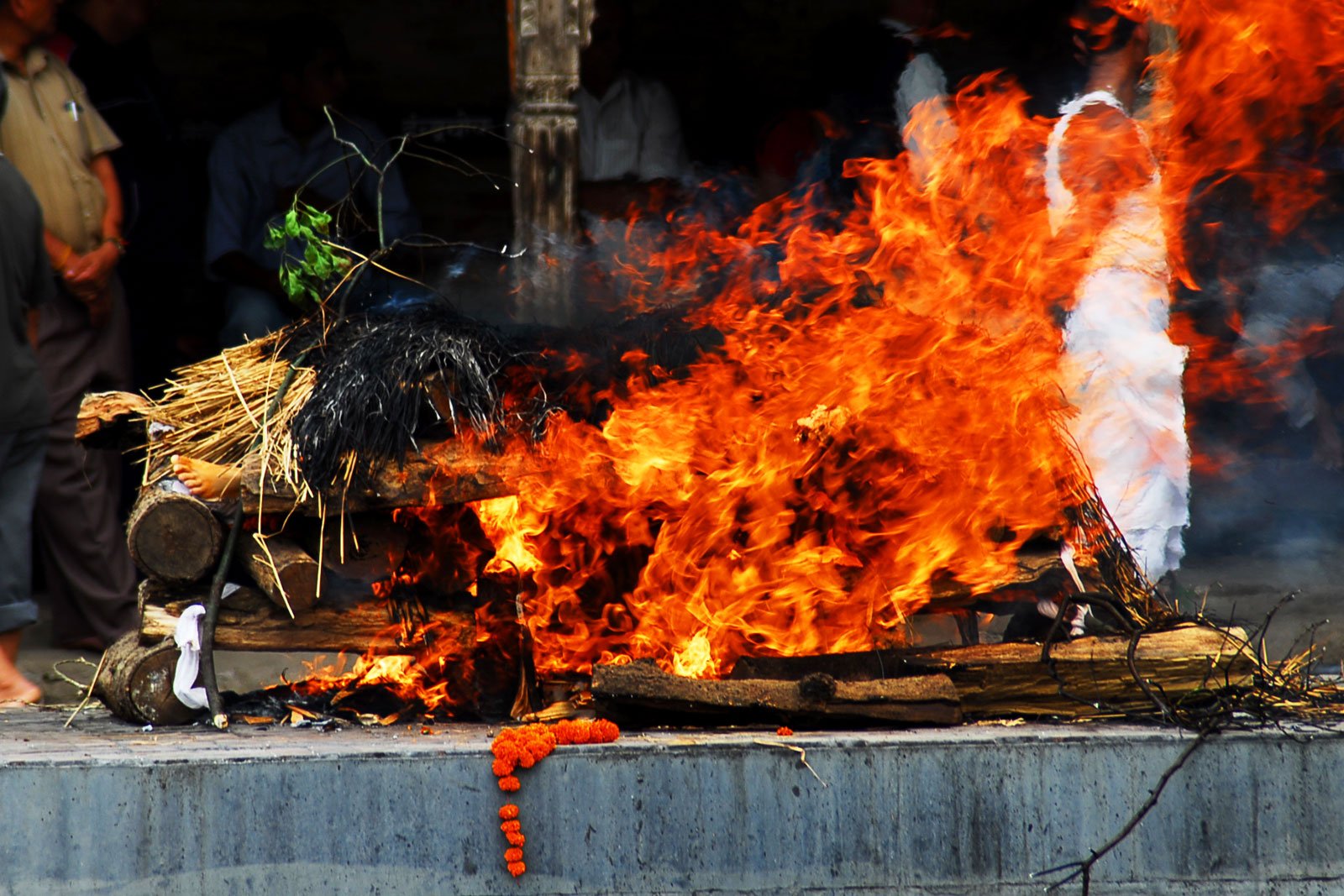 As it is known every Hindu dreams to get burned in a funeral pyre on the bank of the Ganges, in sacred Varanasi city after passing away. They believe that this is the way to automatically cleanse karma and reliably get happy rebirth. 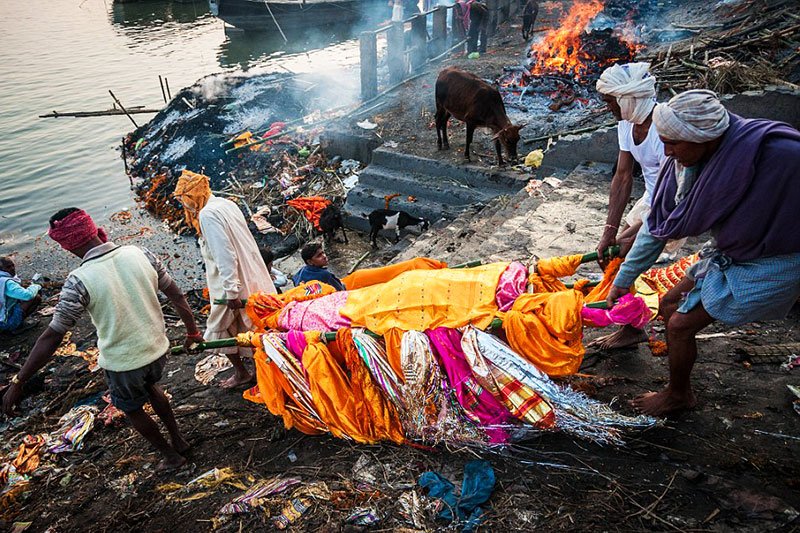 Thousands of Hindus come to Varanasi to pass away. Hindus hold the funeral in front of the public, so the Ganges riverside in the sacred city is the best place to watch corpses being burned.

1. On the steps that lead to the Ganges waters corpses are burned. Very few relatives of deceased can be seen mourning - close relatives (wife, husband, mother, etc) are not allowed to watch the ceremony, and all the rest are glad, as a person left his/her life in the right place to get new happy life. 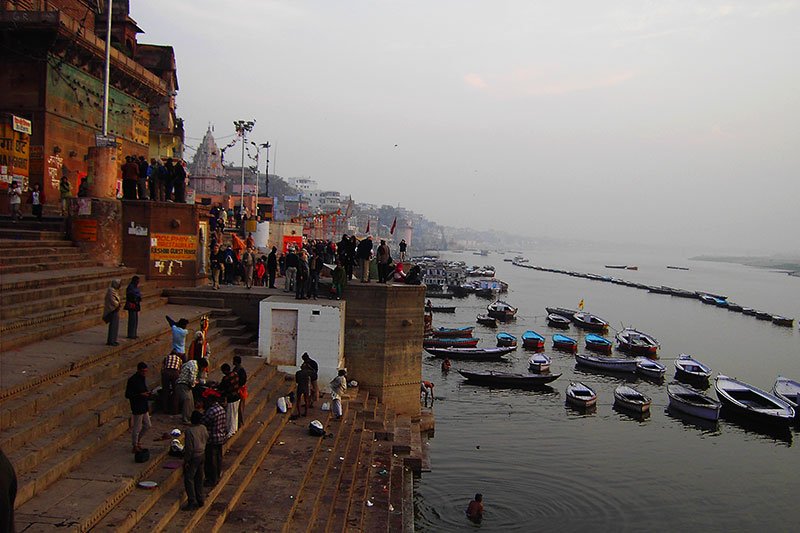 2. You can watch a few funeral pyres at the same time. Besides travellers, the sight attracts straying dogs as sweetish smell of fried meat spreads all over the city. 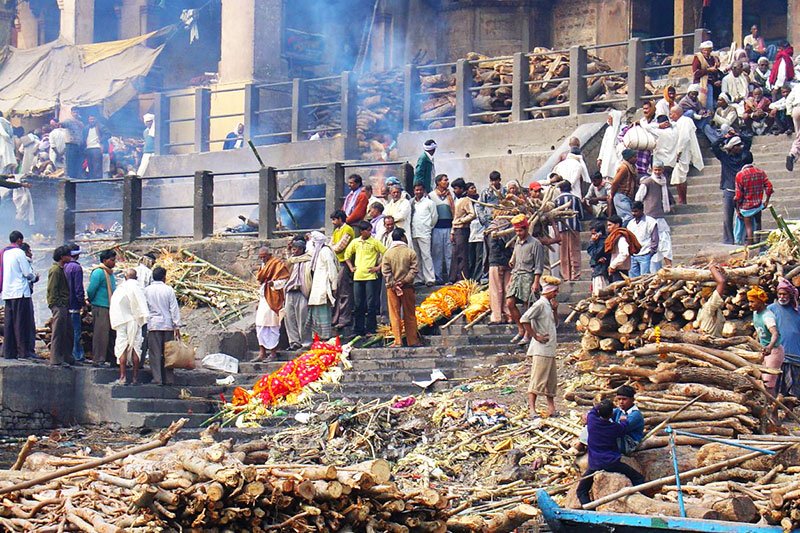 In Varanasi climate is pretty wet. If you don't want to wander around the city in the rain, you should come here in summer. The driest months are April and May. There is no constant dry season, as the city is situated near the Himalayas - rain can start falling any moment and any season.

You can watch the funeral ceremony for free, but be careful not to get hooked by swindlers and beggars.

Remains of corpses are thrown just right into the river, so watching the Ganges stream, pretty often you can see parts of body drifting by. Keep calm and don't drink holy water from the mighty river unless you're Shiva's elect. 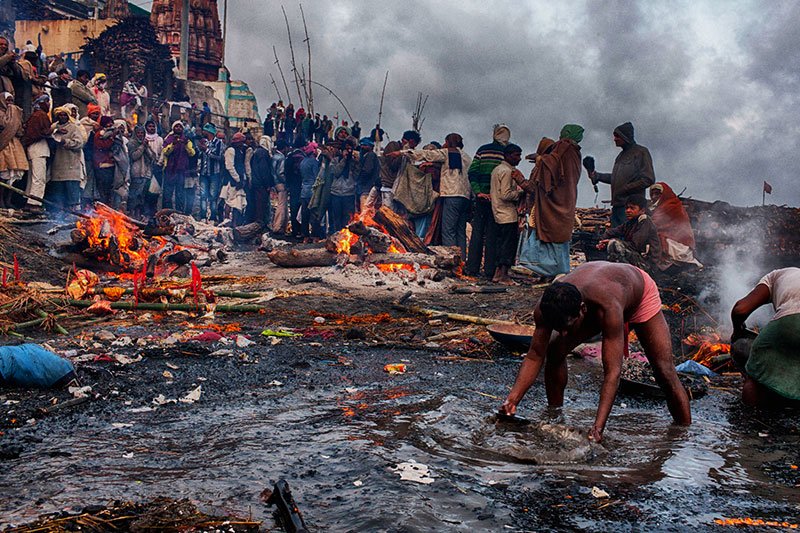