When the gas in Darvaza crater flames - it seems, the Hell is opening the door. 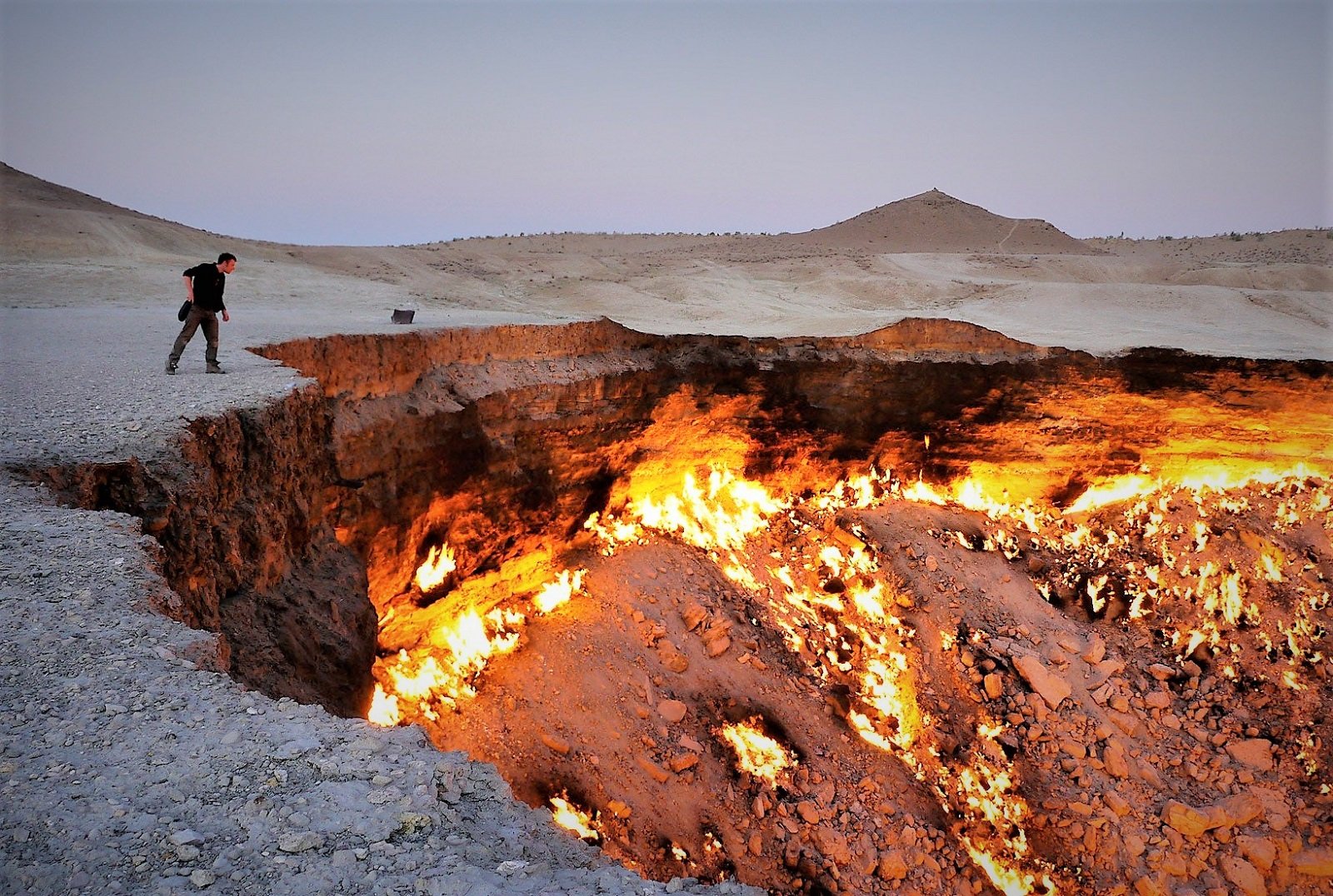 At the end of the last century, in the Karukum Desert, natural gas deposits were actively sought. In 1971, geologists got the short strow to stumble upon an underground cavity near the village of Darvaza. As a result, all equipment fall into a depth of more than 20 meters. There were no casualties, but it had some aftermess. Gas began to flow from the crater. In order to work out the emergency situation, scientists decided to burn all the gas.

More than 40 years have passed, but the gas in the crater continues to burn. At night, Darvaza reminds the Gate to hell, but in daylight - a smoldering pit with a diameter of 60 meters, where the natural resource is wasted. 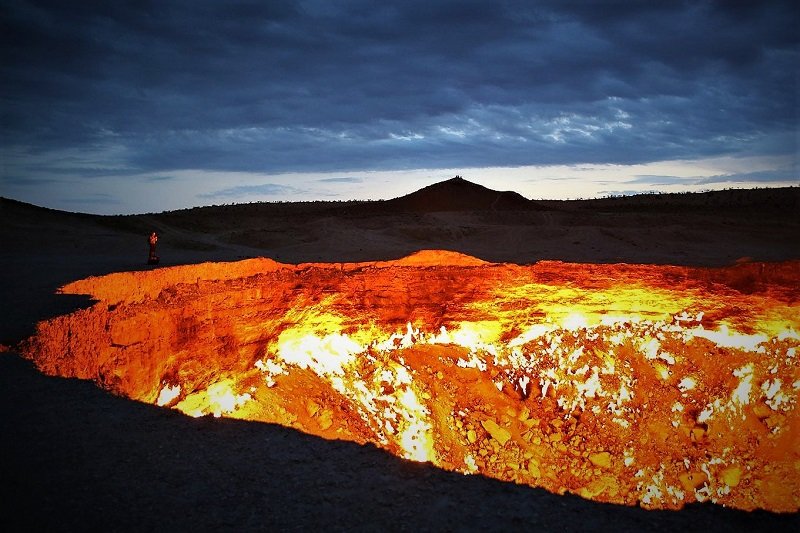 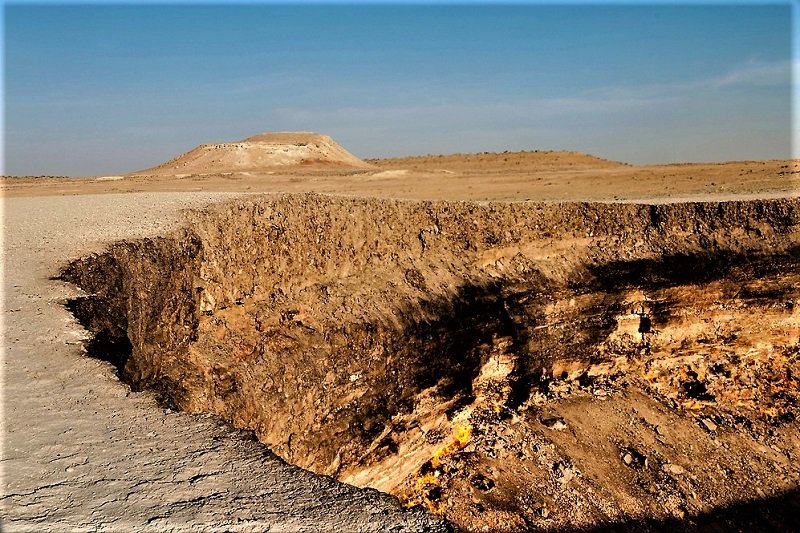 1. Darvaza Crater is located 280 km (about 4 hours drive) north of Ashgabad in the direction of Dasoguz city. The road through the desert is pretty good, but there is a sandy stretch in front of the crater, which you can drive cross only on an off-road vehicle (refer to any rental center in Ashgabat).

2. 90 kilometers befor the crater, in the village Erbent, here will be the last grocery store on the way to Darvaza. Than a solid desert around, and the Door to Hell is just in the middle of it.

3. Come to the crater after the sunset - the Door to Hell usually opens with the dust. 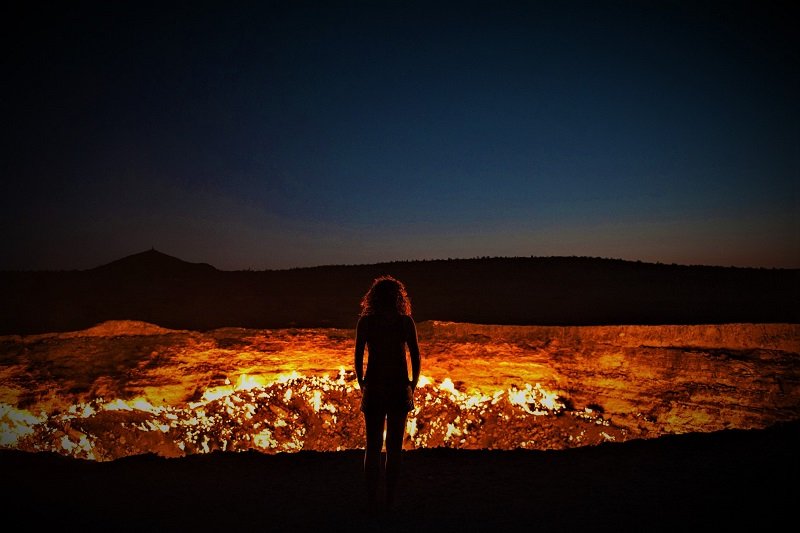 Photo: In the front of the Door to hell, © Roderick Eime 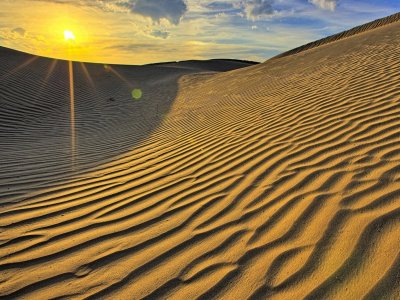 The Karakum Desert covers most of Turkmenistan. Its name translated from Turkic as "black sands."

• A few kilometres south of the crater here is a cafe, but it's better to take food and water more than enought.

• Be careful on the edge of the crater! Here are often landslides.
to-do listed1
likes12share via
Facebookshare via
Twittershare via
Google+share via
VK