Travelers often confuse the Mae Jo event with other holidays, but they are not as atmospheric as Mae Jo. 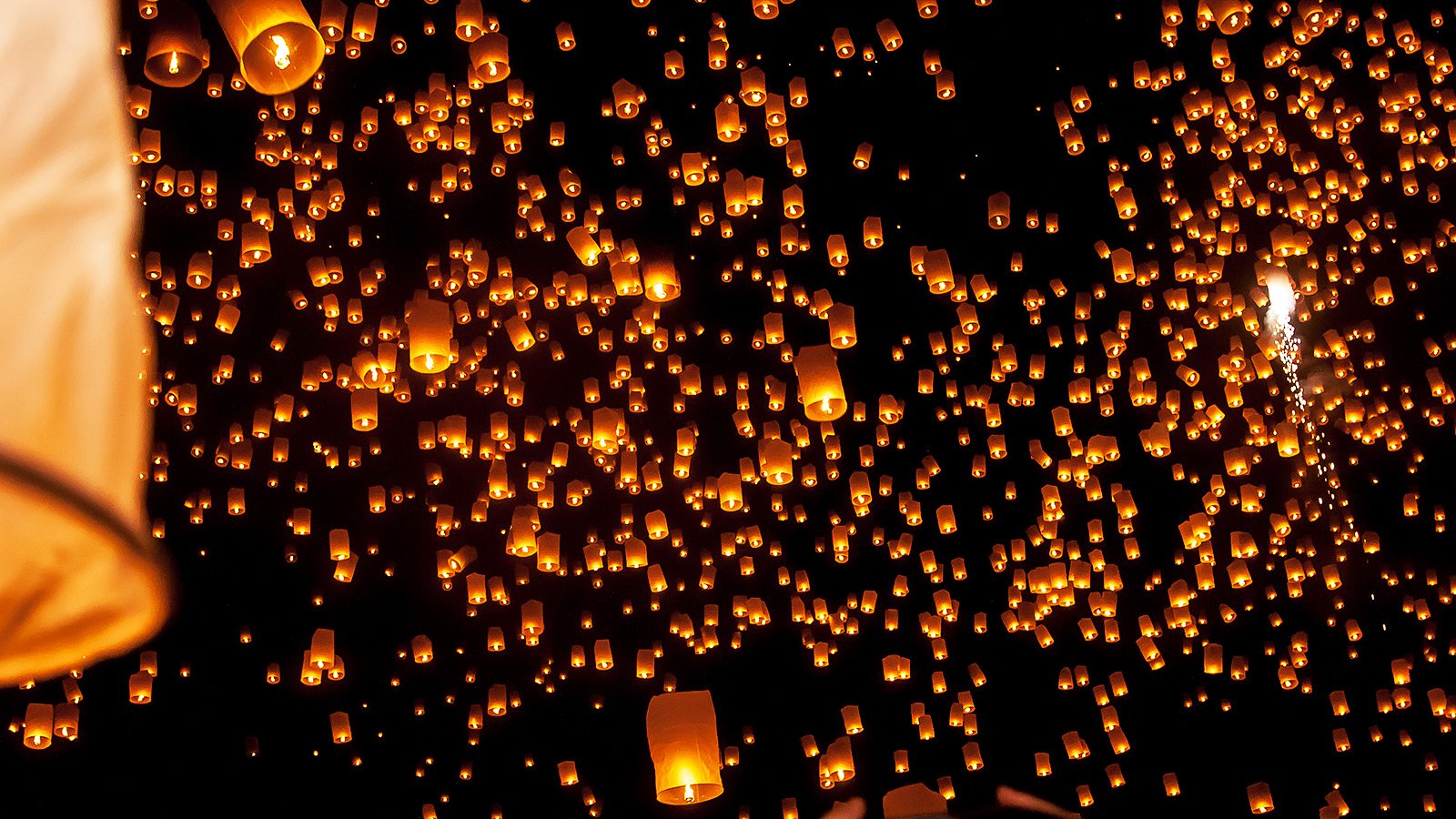 Dozen of emotional videos and photos from the Mae Jo event don't convey a hundredth part of the mood at the spot. A spectacle how thousands of sky lanterns simultaneously fly up to the stars moves almost to tears.

Mae Jo is often confused with other festivities. For example, with such festivals as Loi Krathong, when people launch boats made of banana leafs with lighted candles inside them on the rivers, or Yee Peng, when people launch sky lanterns at any time of the day (at Mae Jo it happens at the same time).

Oddviser figured out that the confusion is also caused by the fact that all of the three festivals are held in November. But Mae Jo is a separate event, organized by the independent Buddhist group.

During the festival you can take part in some bright and memorable events:

1. Religious robes ceremony where you can donate a robe;
2. Creating a "money tree" where you can donate some cash and create a colorful money tree made of different notes (20, 50, 100 or 1,000 baht) as a symbol of gratitude for all good things that happened during the year;
3. And the culmination of the evening - the simultaneous launch of sky lanterns.

The first two events are held during the day in the city of Chiang Mai, and the entrance here is free. And sky lanterns release takes place at Lanna Dhutanka temple and you will have to buy a ticket there. Ticket cost is from $100 to $300. 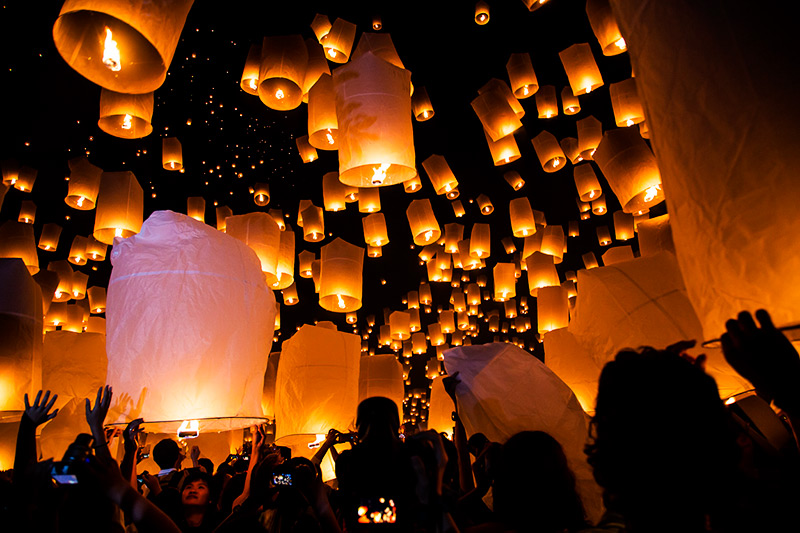 Tickets can be purchased at travel agencies in Chiang Mai or from the organizers of the event. Here is the Facebook page of the organizers: www.facebook.com/lannadhutanka.
Oddviser also found a link for you at the website of one of the local guides, where you can also buy tickets: www.pitchiangmai.com. 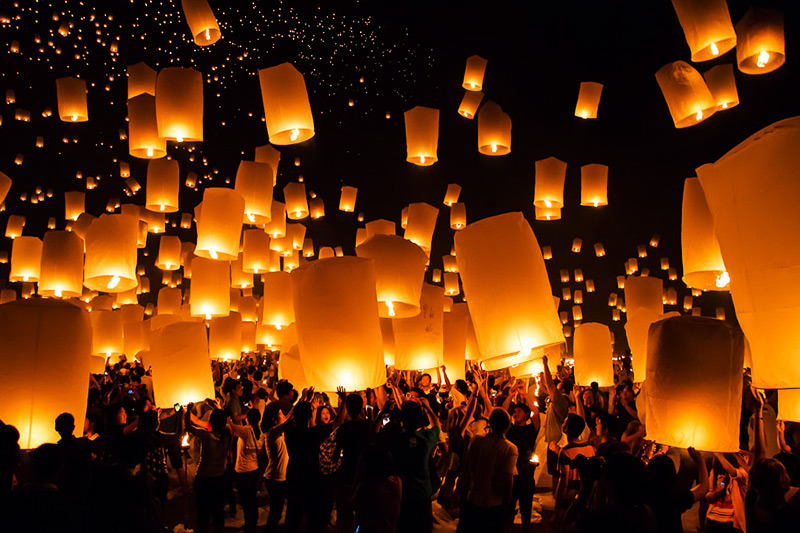 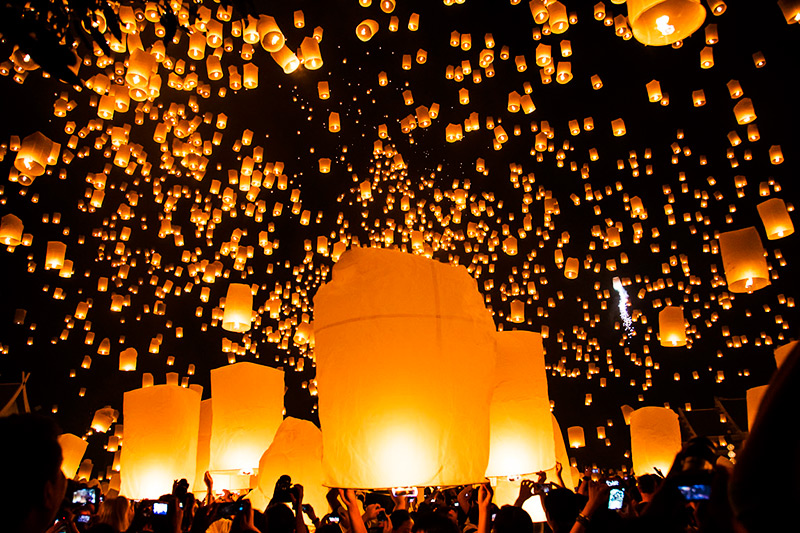 The date of the event changes from year to year (in 2016 Mae Jo runs on November 14). Usually the robes ceremony starts at 1 pm - 1:30 pm and sky latterns release starts at 7:15 pm or 7:45 pm. The second launch is usually arranged shortly after the first one; by 9 pm the holiday comes to the end. 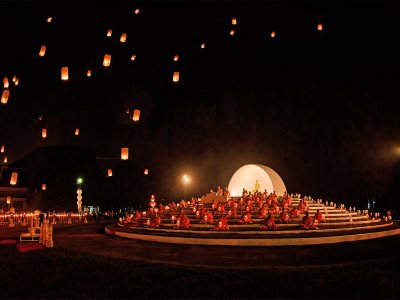 Lanna Dhutanka temple is famous for one of the most magnificent spectacles in the world that takes place here - the mass sky lanterns release during the Mae Jo event.

52
Location: San Sai district in Chiang Mai province (in 18 kilometers to the north from the center of Chiang Mai)
Phone: 053353174
Official website: https://www.facebook.com/lannadhutanka

сome to the sky lanterns release for 2-3 hours before the beginning and you can get the best places. Your clothing must cover shoulders and knees. Don't smoke, don't drink alcohol and don't bring your sky lanterns with you (you will have to buy them on the spot for 100 baht). Children under 13 years old are not allowed at the lantern ceremony.
to-do listed10
likes48share via
Facebookshare via
Twittershare via
Google+share via
VK

Guest22 October 2017Can i go there event without a ticket? Just to observe

Guest17 October 2017the organizer site says 3 nov. i am gonna missed it as i am flying in only 4 nov

Guest15 July 2017I would also like to know the schedule for this event.

Guest14 July 2017hello, please can you give me the date for this event in 2017 please
Photo credit © https://www.flickr.com/photos/qsimple/