Be a spectator of bullfighting — confrontation of forces, animal stubbornness and fierce growl, fight and win! 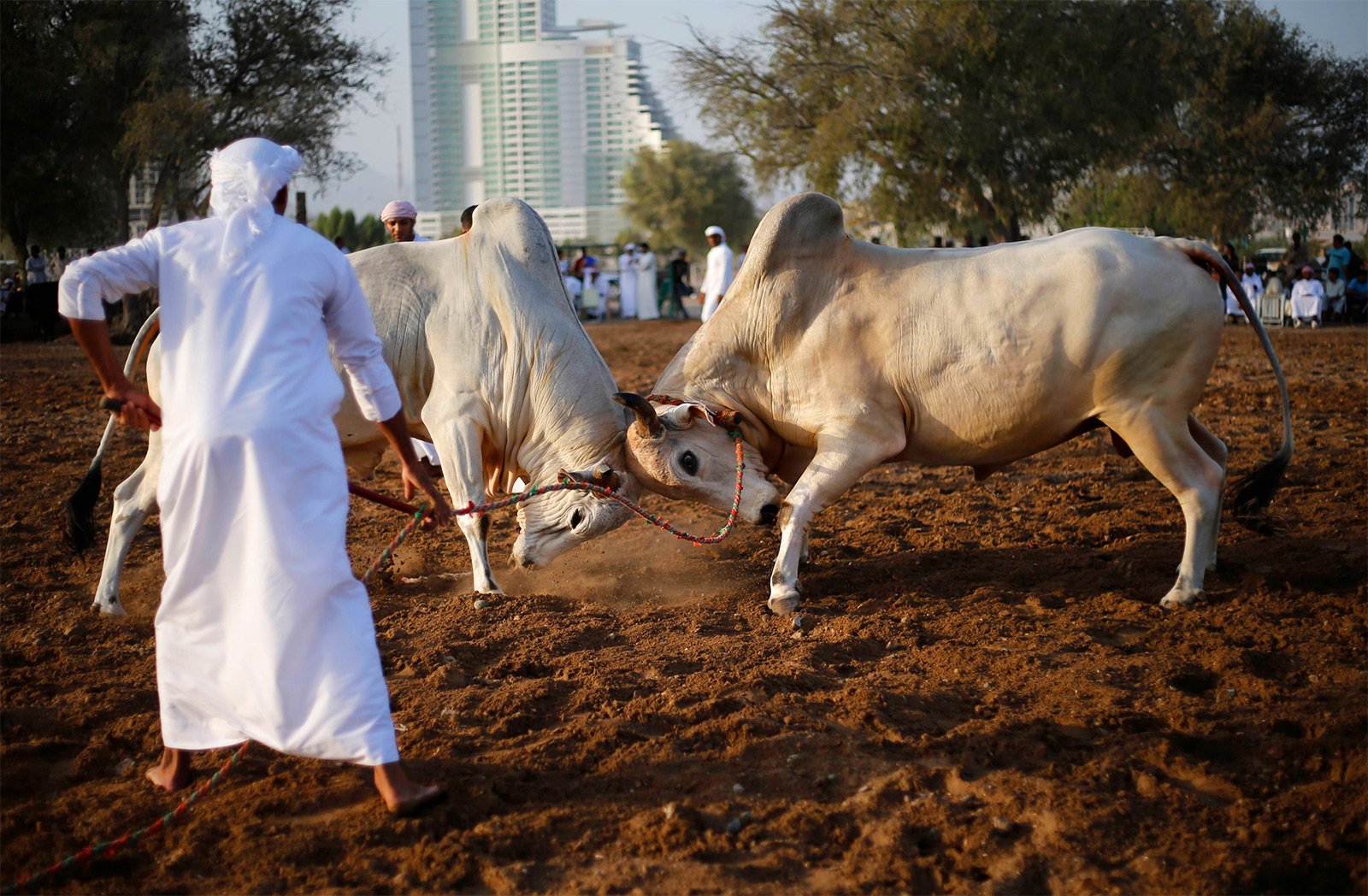 In the Middle East, in the UAE and in the city of Fujairah, bullfights are held once a week on Fridays. Be a spectator of that event!

Here, all actions are humane and no slaughter is allowed. The bulls lock horns with each other and their fight lasts about 5 minutes. The judge determines the winner, and then everyone may go out on the field to separate the animals. Sometimes you have to pat the bulls on the sides and sprinkle handfuls of sand to distract the opponent. The bullfights last several hours, until the winner is named, who goes to the final fight with the winner of the last week.

All animals are sleek, beautiful and well-groomed. It's really a tournament of strength and self-confidence. During the fight, a goadsman who stimulates the bulls, when they suddenly decided to stop locking horns, is close to the bulls all the time . The spectacle is a very exciting and gambling, the air is full of dust, so the sand on the arena is watered from time to time. The bulls are delivered to the tournament in open pickup.

Anyone can see these fights. Spectators are gathered at the stadium every Friday throughout the year, except for the summer months. The bullfights are held from 16:00 to 19:00. 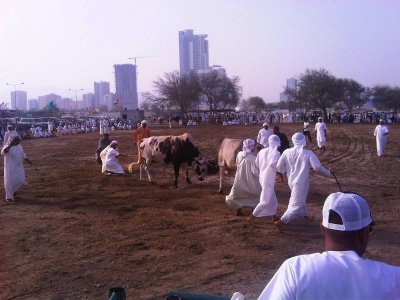 This improvised arena gathers a lot of gambling people watching the fight of raging bulls.

14
Open hours: every Friday throughout the year, except for the summer months. Time of event: 16:00 to 19:00
to-do listed4
likes14share via
Facebookshare via
Twittershare via
Google+share via
VK