Take a ride on a rail busin Sucre, Bolivia

The route of the railbus runs along the foot of the Andes and through the narrow gorges, that no other transport in Bolivia could do. 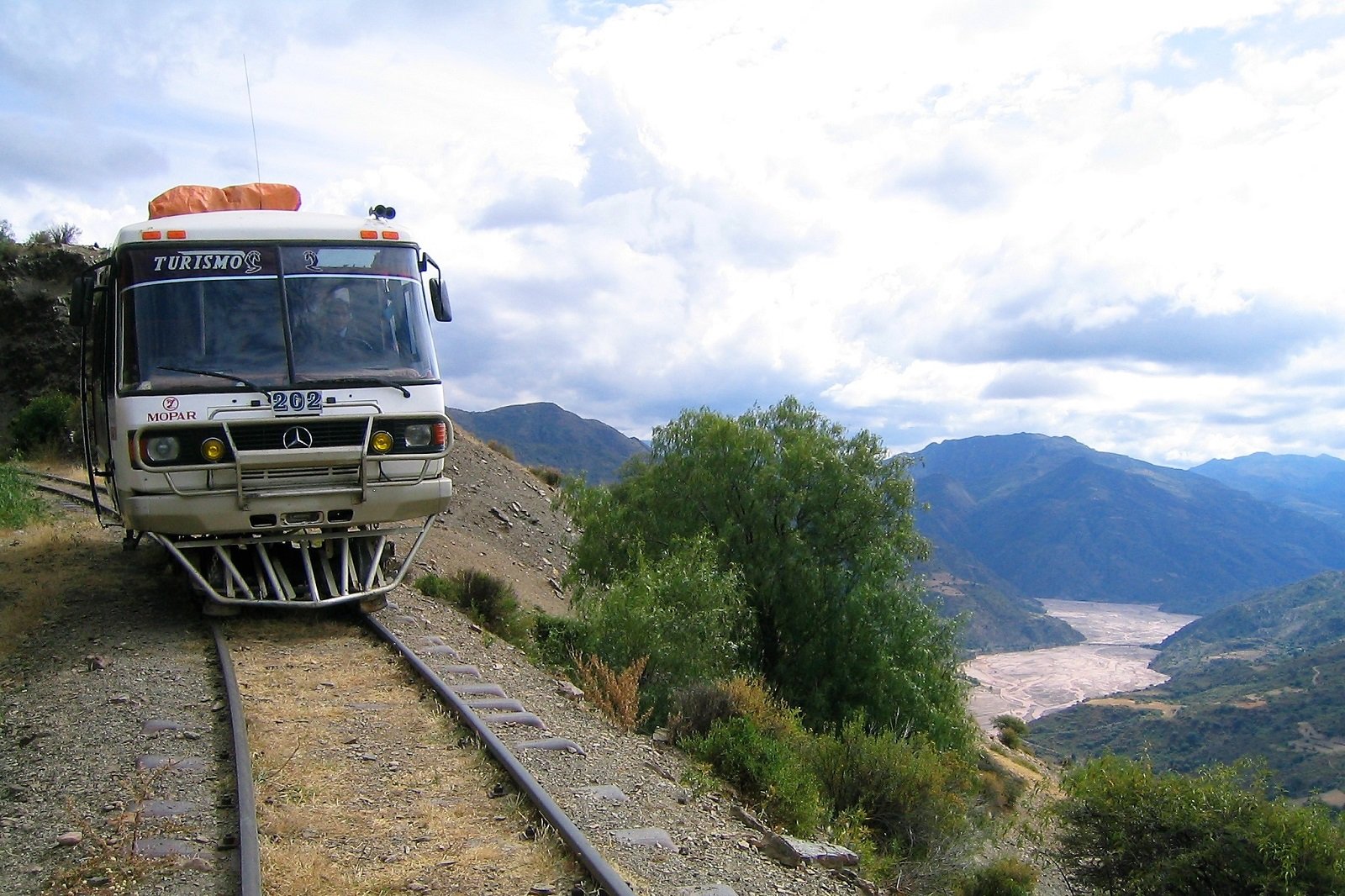 Imagine that you are on the bus, and it suddenly goes on the rails and continues its movement like a train :) Exactly the same kind of transport connects the Bolivian capital Sucre and the small town of Potosi.

Ferrobus, so-called rail bus, was launched to ride by rail, where an ordinary train won't pass through due to its size - it is smaller than long-distance bus, its luggage compartment is on the roof. 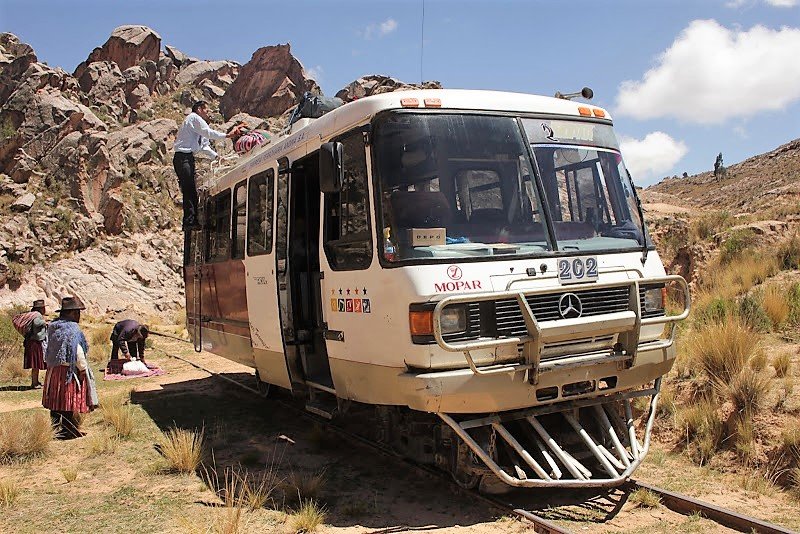 In the course of traffic, the bus buzzes and rumbles going along the old rails, signaling that the road needs to be freed. Large stations are blocked by a gate, the driver stops each time to open them. On the other parts of the road donkeys roam, a tired miner or elderly cholita (native Bolivian), with belongings behind her bag, can sit down.

The distance between Potosi and Sucre, in 300 kilometers, bus passes for 6.5 hours. If you take it from the beginning to the end, and won't get off with the first "invasion" of the Bolivian women - you may consider that your survival test in Bolivia is passed.

1. Take a bus at El Tejar railway station. Ride the entire way to the final stop Potosi, or until you are not ousted by local cholitas :)
2. The inconvenience in the bus will be compensated by spectacular views from the bus window - do not forget to take a picture. 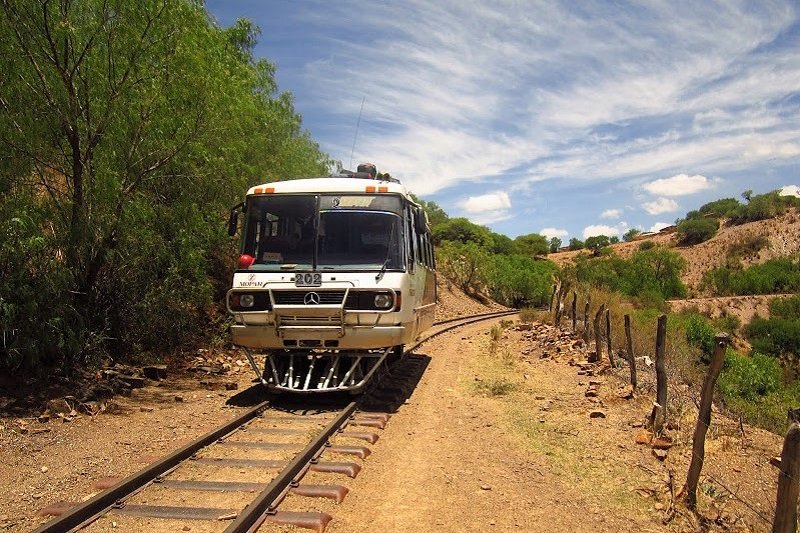 Departure from Sucre on Monday, Wednesday and Friday at 8 am.
Railbus could fall behind schedule because of the donkeys crossing the road :)